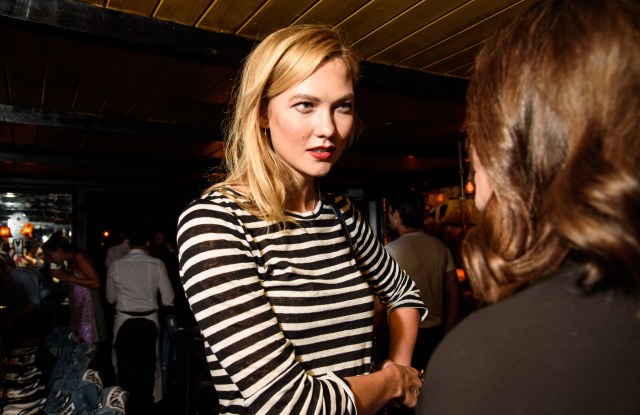 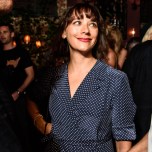 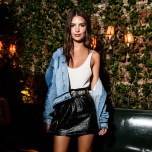 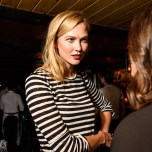 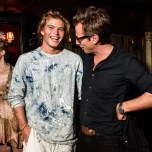 If you were hoping to spot a model off-duty on Saturday night, then Manhattan’s Waverly Inn was the place to be. Frame denim had taken over the popular West Village eatery to host an intimate late-night dinner and celebrate with its nearest and dearest.

“When we started Frame, parties and celebration have always been a part of it,” explained Frame cofounder Jens Grede as guests began to file into the dimly lit dining room. “It’s really about bringing together people we work with, people we like, that we hang out with…it’s like extended family and friends.”

Karlie Kloss and Doutzen Kroes (who’d had a charitable moment earlier that day, doing her part to save the elephants), Emily Ratajkowski, Joan Smalls, Martha Hunt, Rashida Jones, FKA Twigs and Kate Upton had all made the cut for Frame’s in-crowd this season, using the occasion to catch up on the week’s events. Even Kloss’ entrepreneurial boyfriend Josh Kushner dropped by later in the night, headphones slung around his neck — much to the delighted cheers of her crowded table.

“I think there are some people who work to live, and then there are those who live to work. We don’t make that distinction,” Grede said. “If you work with people that you genuinely have fun with, then it doesn’t feel like work.” And sometimes those people just happen to be fashion’s leading faces.