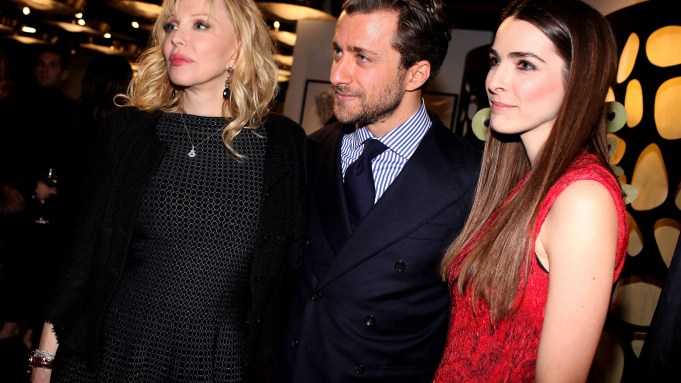 On Monday night, the main floor of 10 Corso Como was packed shoulder-to-shoulder with fashion tastemakers. But rather than taking in a fashion show, they were there to honor the legacy of one of their own, the late Vogue Italia editor in chief Franca Sozzani.

“Not only was I a friend of Franca, but I admire her; she was extremely smart, she was tough with humor,” said book publisher Martine Assouline. “She used all the biggest talent of her time to show fashion in a new way,” she continued, adding that approaching the artists whose work is featured in the book hadn’t proven challenging. “They said you know, now is the time to give back to Franca. And they did.”

The book gives back in other ways, too; proceeds fund the Franca Sozzani Chair in Preventive Genomics at Harvard Medical School, which was started by Carrozzini.

“A lot of people said, ‘I think you’ve tested your boundaries for pain when you made that film and it was very tough for you,’ And I said, ‘I don’t think there’s ever enough I can do to honor her,'” said Carrozzini, who also directed the “Franca: Chaos and Creation” documentary. “I think her life deserves more and more, and the book was a way to complement the film as well as a way to start a new chapter,” he added. “Once there’s a book and a film out, what can we do to honor her? And what we can do to honor her is work on something that will change the world. And I think genomics right now are actually the way; preventative [genomics] is very controversial, like my mother was, but that’s why I think it’s the right path to follow and to go down to save people’s lives.”

While the fund is still in early stages, Carrozzini noted that lead scientist and doctor Robert Green has already made progress thanks in part to the initiative.

In tandem with the book launch, Yoox also sponsored a charitable sale of Sozzani’s clothing to benefit the fund.

“She was always fighting for good causes so I think she would be very happy,” said Yoox founder Federico Marchetti, a longtime friend of Franca and the family; he noted that he actually remembers attending events with Franca while she was wearing several of the dresses up for sale.

“It’s my sister. Sixty years together,” she said. “Franca was always interested in research; she was president of the cancer society in Italy. She always very much considered prevention was very important, so I think the fact Francesco wants to do this is very important for the young generations.”