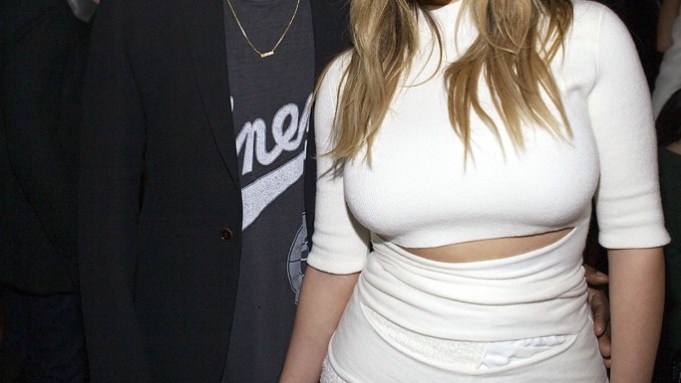 Although the invitation called for “cocktail attire” that didn’t stop most attendees from donning floor-length dresses. “It said ‘gala’” shrugged Von Teese. “Plus I love getting dressed up.” That left last-minute guests Kim Kardashian and Kanye West, who dropped by for the first course, feeling a bit casual. “I’m thinking we’re a little underdressed,” said West of his black Rick Owens jacket and his fiancée’’s cream Nina Ricci sweater and skirt.

That didn’t stop actor Alex Pettyfer from being momentarily star-struck. “Wow. I love Kanye,” he said. “Hi Kanye! Over here!” he joked as he waved at the oblivious couple.

Things became more serious once the evening got down to business — a four-course meal prepared by Wolfgang Puck, an art auction by Simone de Pury, a tableside serenade by Vittorio Grigolo and a performance by Kenneth “Babyface” Edmonds. “Franca has done so much to shine the light on Africa, its fashion and its people. She’s helped make the garment and fabric industry there a billion-dollar industry,” said Gelila Puck, a native of Ethiopia. “She also gave me my first modeling job,” said Valletta. The jet-setting Sozzani, who has received four honors this month, joked, “Now that I have my award, I can get back on a plane.”