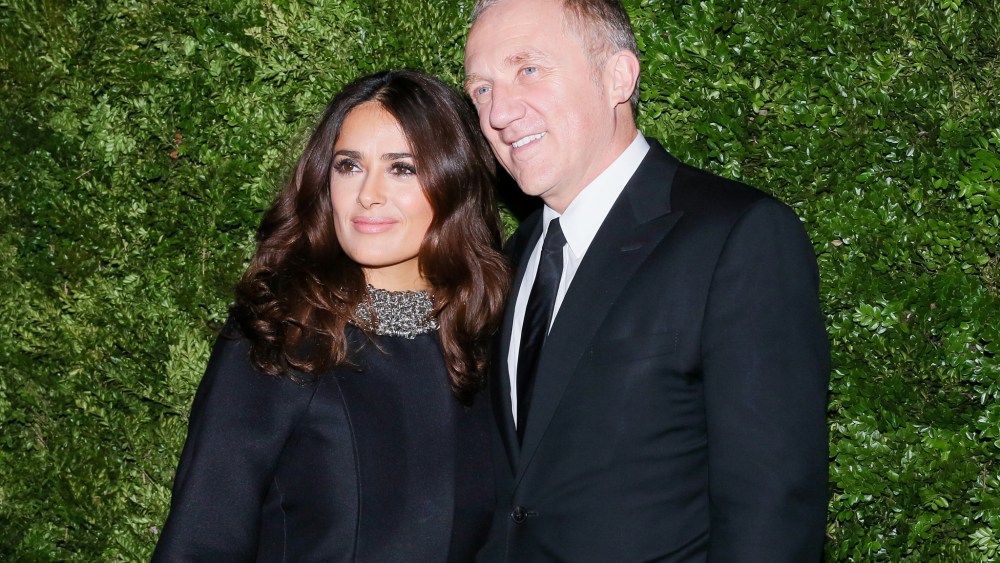 NEW YORK — Not about to be deterred by last week’s attacks in Paris, Kering’s François-Henri Pinault accepted the Anti-Defamation League’s International Leadership Award in New York on Wednesday.

Before accepting the Rodin-inspired award from Jane Fonda, the Academy Award-winning actress noted how its symbolism — two right hands reaching out in support and strength — expresses “our unlimited potential when we come together to change things for the better.” Unity was a recurring theme throughout the event, often in reference to the solidarity between the U.S. and France, or the need to rally together to end violence against women, a core issue for the Kering Foundation, which Pinault started in 2009.

“The events in Paris were so shocking and have had such an impact that they were a good reason for me not to be here with you tonight,” Pinault said. “However, what the ADL represents is the real key to confronting the effort behind attacks on democracy and that is why I am here tonight.

“Following last Friday’s terrible tragedy, I know that our country will continue to act with determination to protect our values and our way of life. The events of last Friday were a nightmare. They were an attempt to destroy our youth, our freedom and our values, but they will not succeed. Make no mistake about it — November 13 represents a turning point. Our democracy in France is being challenged today just as America was challenged on 9/11,” he said. “The American people reacted with courage and fortitude and we in France have made the same commitment to defend our society today. Our initiative will come together with all of those who know that democracy and a peaceful and tolerant society are the most precious values we share.”

Accepting the award on behalf of Kering’s 32,000 employees worldwide, the Kering Foundation and its many partner organizations, Pinault said it “will inspire us to have a deeper engagement and to act, to educate and to raise awareness.” He dedicated the honor to his father, Francois, “who set an example by giving his values to me and to all those who participated in the fight to confront intolerance, especially religious intolerance, and work to bridge cultures for understanding and peace.”

In his remarks, Pinault said his mother’s commitment to protect people from violence and Hayek’s “refusal to accept violence against women” made him realize the extent of the problem. “When you look at the numbers of violence against women, they are so big [that] you cannot believe them. They’re real — one in three women in the world are beaten, raped or otherwise abused in their lifetime. That means that statistically we are surrounded by victims of this abuse regardless of their social classes, culture or nationality. They are our mothers, our daughters, our sisters, our colleagues in France,” he said. “When I became aware of the extent of the problem, I realized that we had to replace silence with action.”

Guests were also reminded that one in five women are sexually assaulted on college campuses and that one in four women in China are victims of domestic violence. In honor of the upcoming International Day for the Elimination of Violence Against Women on Nov. 25, Pinault asked guests to wear the Stella McCartney-designed ribbon-shaped brooch that they had been given “as a sign of support.” Internationally, Kering plans to distribute the pins to more than 47 countries and in 800-plus stores.

In closing, Pinault pointed to “Lady Liberty” in New York Harbor and France’s counterpart “Marianne.” “Yes, both of our countries have women who are symbols of freedom yet in neither country can women be truly free or equal until we stop violence against them and support their development,” he said. “Let’s all work to end violence against women and create a condition for their success in a world where the fundamentals of democracy are protected and are advanced by our personal engagement in all we do.