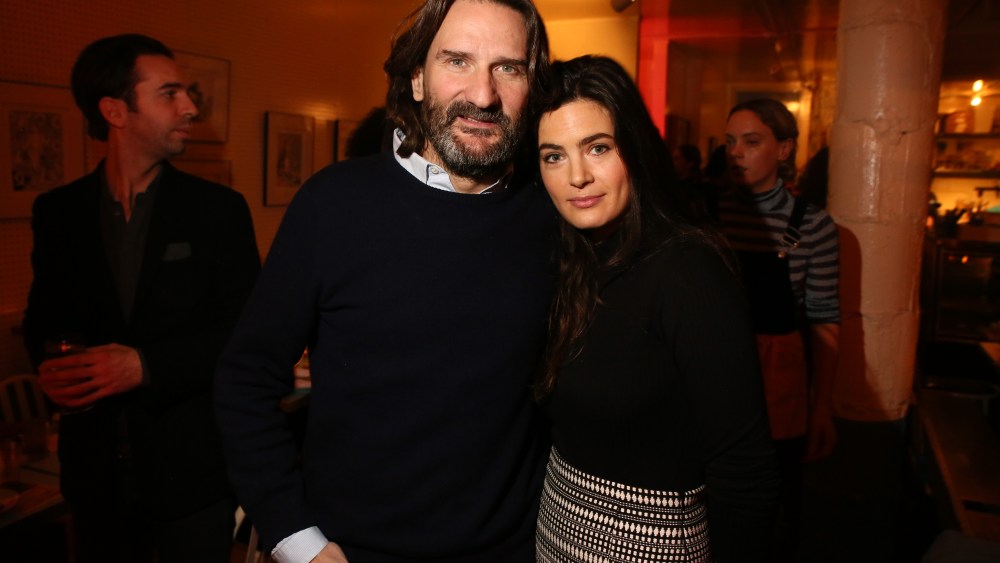 Sadness isn’t typically the theme of a Saturday night in New York — unless perhaps you’re spending it alone in bed with a pint of Ben & Jerry’s. But it did come up in conversation with French author Frédéric Beigbeder at Café Henrie this weekend.

“It’s really like going to a movie,” Beigbeder said of Alterio’s illustrations. “The drawings are really beautiful. They’re not realistic drawings. They leave some space for the reader to imagine the rest. And the rest is like a fairy-tale, but it’s also a tragedy. It’s a beautiful love story, but it ends very badly.”

Inspired by the untold love story of J.D. Salinger and Oona O’Neill, the book explores the theme of young love — and ultimately, heartbreak. Beigbeder came across the story while working on a documentary about Salinger, who he names as his favorite writer. The documentary, “Catching Salinger: The Search for the Reclusive Writer J. D. Salinger,” was released in 2009.

“I found out that when he was 20, [Salinger] fell in love with the daughter of Eugene O’Neill, Oona,” Beigbeder said. “She was like the ‘It’ girl of New York in 1940. I saw pictures of her and I fell in love with her. I wanted to imagine I was Jerry Salinger at the Stork Club, drinking and partying at the Stork Club in 1940 with this beautiful girl. The only way I could do this was to write a novel.”

Salinger and O’Neill fell in love, but theirs wouldn’t stand the test of time. The attack on Pearl Harbor would shake the world, and Salinger was drafted into the army in 1942. O’Neill married Charlie Chaplin a year later.

“When we are very young, we have s—ty love stories,” Beigbeder continued. “So we make many mistakes. We fall in love with the wrong person many times before we find the right one. So [Salinger and O’Neill] were young and it was a mistake — but it’s a beautiful mistake.”