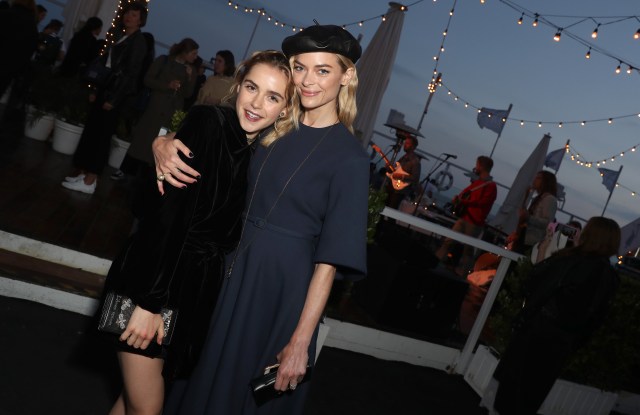 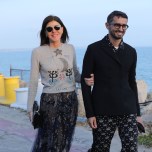 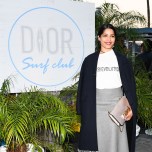 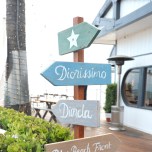 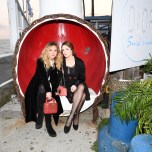 Dior and Maria Grazia Chiuri got to have their cake and eat it, too, so to speak. While the main event, the cruise 2018 runway show, takes place in a high desert nature preserve in the mountains and valleys of Calabasas, Calif., the night-before welcome dinner was all about the California beach vibe.

Dior commandeered popular waterfront seafood restaurant Gladstone’s, transforming it into the “Dior Surf Club” for the evening, when a handful of actresses such as Freida Pinto, Juno Temple, Jaime King and Kiernan Shipka joined in on the preshow festivities that were arranged for traveling press and staffers.

The scene at the Dior cruise 2018 welcome dinner, at the “Dior Surf Club” in Malibu.  Chelsea Lauren/WWD

Billowing gray and white Dior flags greeted the crowd as they alighted from their chauffeured SUVs and the already nautical-themed restaurant had its normal props replaced with personalized ones, from the gray-and-white life preservers to the ping-pong tables to the mini bottles of cold-pressed juice. The hunky bartending staff donned Dior Surf Club T-shirts and poured Ruinart Champagne instead of California wines.

“I never miss a Dior event, they always do something fun. I wore a Dior dress to a Vanity Fair Young Hollywood party. That was my first Dior moment. I think I was 14,” she recalled.

“I went to the cruise show last year in London. Very elaborate. I love that L.A. is getting some love. It feels cool to go a Dior show in my own city. I never thought that would happen; I’ve only been to Calabasas once for a prom so I had a very high school Calabasas experience, not a Dior cruise Calabasas experience,” she added.

Pinto, who has also been to her fair share of international runway shows and is based in Los Angeles, said of the event, “I’m thinking, no jet lag. Amazing. That’s what I’m thinking. And I’m so happy they’re coming here. I love the fact that they’re going out of the box and doing something different and really using all of L.A. I’ve been to Calabasas, but I’ve never been to where the show is.”

Indeed, most people know Calabasas as the sheltered, rustic suburb that’s the home of the Kardashian-Jenner clan and celebrities like Jennifer Lopez. There’s nothing like a little driving adventure to coax most Angelenos out of their comfort zone.

Never one to stay in the fashion safe zone, one of Hollywood’s biggest fashion enthusiasts, Jaime King, went all out for the casual, open seating dinner, donning a navy blue look from the fall collection. “It’s one of my favorite colors in the whole world,” she said. Touching her leather beret, which completed the runway look, she said, “Oh, you know me. If the designer does it, I have to wear it exactly as the designer does it. Not a lot of people do that, but the designers work so hard on these clothes and I feel like they’re meant to be appreciated. At least, I appreciate them that way.”

Shipka, though she took a more sporty turn in a belted black velvet jacket from the pre-fall collection, also touched on the functionality of her outfit. “It has a hood that I have not used yet. But it’s going to get chilly tonight, so TBD on that.”