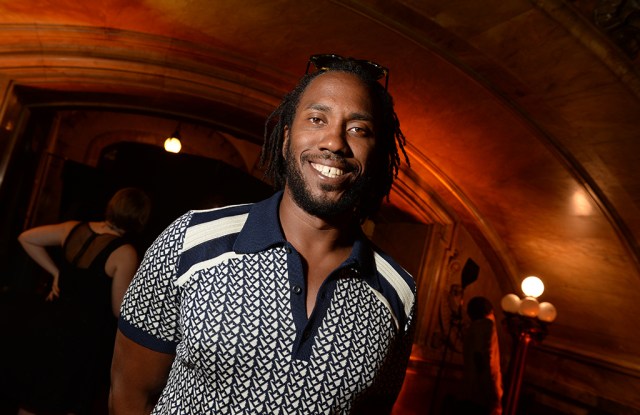 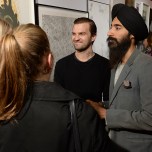 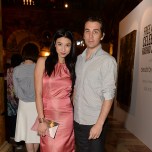 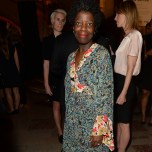 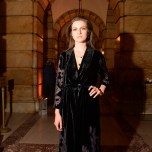 The artists who donated work to the Free Arts NYC benefit auction were some of the hottest in the business. Ed Ruscha, Cindy Sherman and Christopher Wool were just a few of the names whose works lined the walls of the New York City Department of Records on Wednesday night.

According to Free Arts Executive Director Liz Hopfan, it was the first event held in the space, though guests may have recognized it as the courthouse backdrop in “Law and Order: SVU” episodes. To get inside, the younger set of creatives who showed face in lieu of the artists — Max Snow, Scott Campbell, Tali Lennox, Claire Distenfeld, Lily Kwong and Cleo Wade — stepped through security scanners in their favorite Gucci looks. (The label sponsored the evening.)

The event celebrated artist Rashid Johnson, who, as a part of the Free Arts program, has hosted teens in his studio. “I just want to thank Free Arts for introducing me to all these amazing kids that I can steal ideas from,” he quipped.

Lennox, who looks not much older than some of the teens Johnson works with, had just come off her well-received debut solo show at the Catherine Ahnell Gallery in SoHo. “It’s nice to be recognized as an artist because I know that my work comes from a really authentic place, but I never really thought people would necessarily appreciate it because it is portraits, it’s oil painting,” she said while directing people to the corner where her portrait was displayed. “I love giving away a piece of art because to me it’s not about the money you make off of it, it’s about [giving] something you love and finding it meaningful for other people to enjoy as well.”

Wade was feeling slightly more anxious about her donation, specifically the part where people would bid money — or not — to take it home. Hers was a painting inscribed with a message: “Baby, you are the strongest flower that ever grew/remember that when the weather changes.” “I’m so nervous. I feel like I have to leave before it starts,” she yelped.