Thawing Out at the Frick Young Fellows Ball

It was back to black tie for Thursday night's annual benefit. 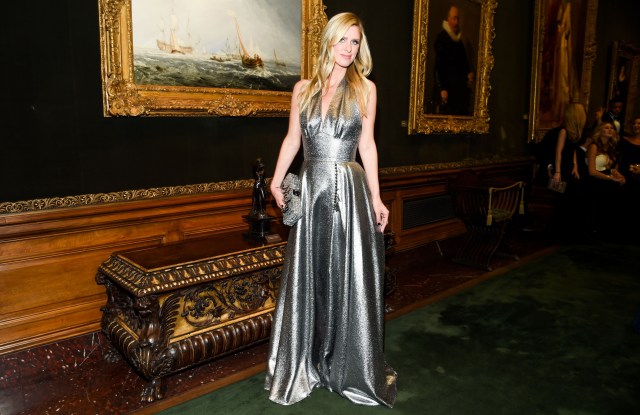 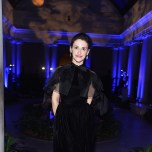 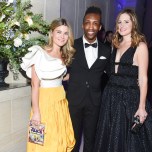 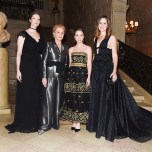 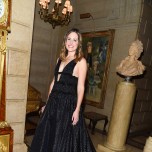 “I saw everything I have to see,” Carolina Herrera declared from the foyer of the Frick Museum Thursday evening. At just 9 p.m., the annual Young Fellows Ball was only 30 minutes underway, but the designer, who sponsored this year’s event, was making a break for the exit.

This year’s benefit, themed to the museum’s exhibition “Turner’s Modern and Ancient Ports: Passages Through Time,” on display through mid-May, called for “luminescent black tie,” which in turn drew just about every interpretation of such demand. There was a silver Gucci bomber jacket draped ever-so-carefully over the shoulders of a woman in a red gown, in a move that would seem more at home on a preening street-style peacock; there was a light-up Statue of Liberty-esque crown atop a brunette, who struggled to keep it secured throughout the night, and there were even a pair of Play-Doh purple clog boots — because why the heck not?

The younger set of the uptown clique emerged from winter hibernation for the affair, the first social outing for many following Tuesday’s snow storm.

“I didn’t go out,” Herrera said of Tuesday. “I guess I did go out and walk a little bit, but [otherwise] I stayed home. My office was closed. It should’ve been closed today — I went to a luncheon and from when I left my house it took me one hour and 15 minutes.”

Nicky Hilton had stolen away on a date night with her husband, James Rothschild, having wandered over to the museum after an early dinner out. “I was well prepared — I went to Whole Foods the day prior and stocked up,” Hilton said of her snow day. “My husband, baby and I just made a feast all day. [We made] Indian curry — well, my husband made it. [He’s] a big chef. I’m more into the sweets — cookies, cupcakes, that’s my department.”

“I flew in Monday. I was the last flight in on Monday night,” said Julie Henderson, a little less coherently than her peers. “Tuesday, I was just doing e-mails and work. I looked at my watch and I was like, ‘Oh my gosh, I’ve been sitting here for, like, seven hours. And I was like, I need to go to the gym! People were calling me…”