Where the VIPs dined and partied during the fair, officially open from Feb. 14 to 16.

Derrick Adams' "We Came to Party and Plan" installation at Frieze L.A.

“All the artists are in L.A.,” declared Michèle Lamy.

“The napkin holders are c–k rings,” shared a guest, amusingly. “And have you seen the show yet?”

Upstairs, curator Brooke Wise presented “I Won’t Bite,” an exhibition showcasing the work of 16 artists including the late Robert Mapplethorpe, Gus Van Sant and Simon Haas with proceeds from the sales going toward funding the foundation. 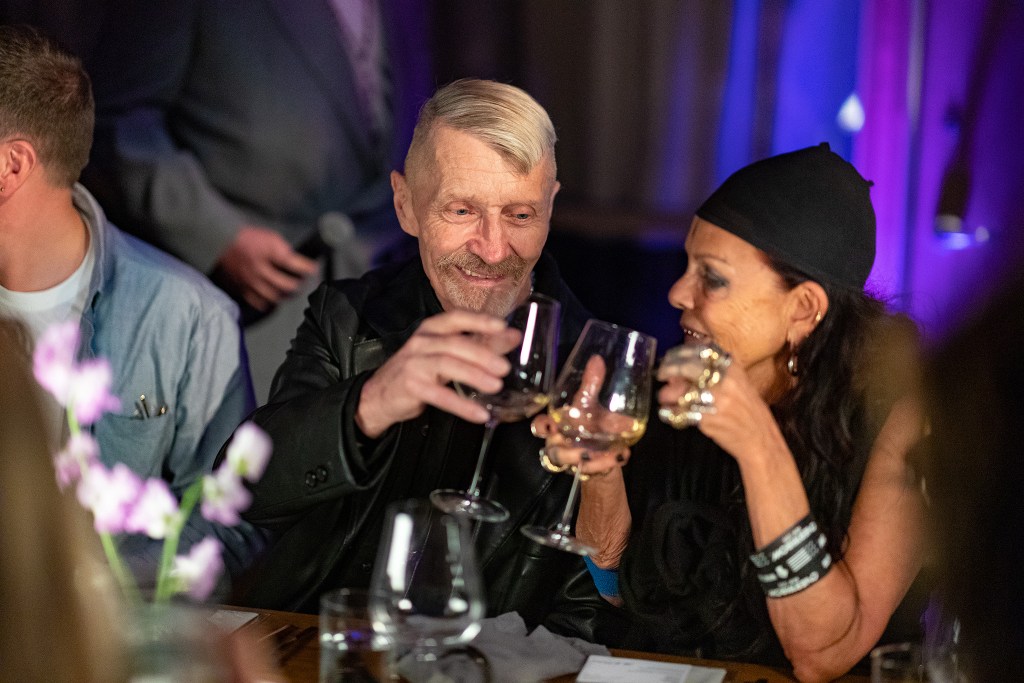 “It’s nice being here,” said L.A.-based Haas, who has a drawing on display — an image of his boyfriend, screenwriter Carey O’Donnell. “Dinner two nights in a row,” he added with a smile alongside O’Donnell. Twenty-four hours earlier, the two were in the Laurel Canyon home of interior designer Brigette Romanek in celebration of “Great Women Artists,” a 464-page book honoring more than 400 artists, from Frida Kahlo to Marina Abramović.

The house published the title in partnership with Kering. “It covers 500 years, 54 countries. We wanted to make sure it was across all disciplines, painting, photography, sculpture, film, and representative globally.”

What was initially a 20-person dinner turned into about 70 guests in the end. Among those seated around the long, rectangular table were Nikolai Haas, Alex Israel and Rosetta Getty. “Everyone wants to be in Brigette’s house,” Fox joked.

Romanek, who counts Beyoncé as a client, shares the art-filled estate with husband and director Mark Romanek. It was a “no-brainer” hosting, she said. “It’s all the elements, women and artists,” she continued. “It’s an immediate yes.” 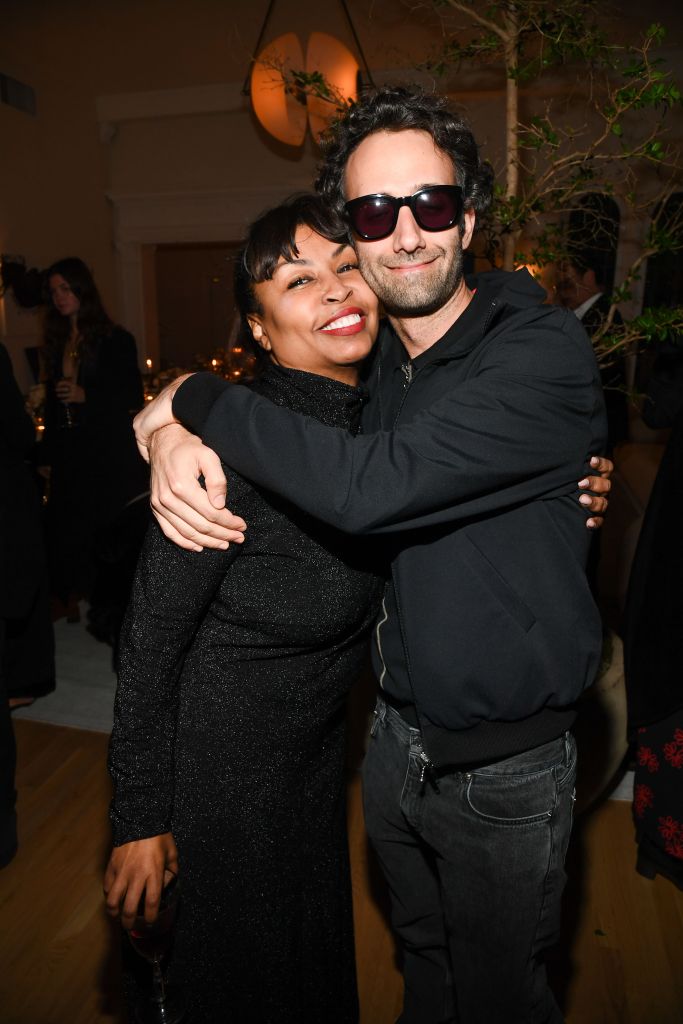 Also at the table were artists Pae White, Nancy Rubins and Celeste Dupuy-Spencer — all featured in the book.

“When I look at the number of artists that live here, that have been moving here, for the lifestyle, for the space, it’s very exciting,” said New York City-based Laurent Claquin, president of Kering Americas and cohost alongside Fox and Sonya Roth, managing director of Christie’s. “It’s dynamic.”

Earlier in the day at the fair, held at Paramount Pictures for the second year, Jennifer Lopez and Leonardo DiCaprio were among those browsing the art during morning, VIP hours. Though it was indoors, Lopez, who arrived with Alex Rodriguez, wore sunglasses, while DiCaprio sported a hoodie with a cap underneath. If anything, it made the actor stand out more.

Among the designers, curators, art dealers and collectors were also The Weeknd, Travis Scott, Diplo and Usher, who later attended Birkenstock and Matchesfashion’s event.

“They’re dope,” said the singer of the Birkenstocks on display. “I’m getting the yellow ones.”

Jeremy Scott had on the same pair. “They match my Minnie Mouse,” he shared, showing off his Disney-themed T-shirt. 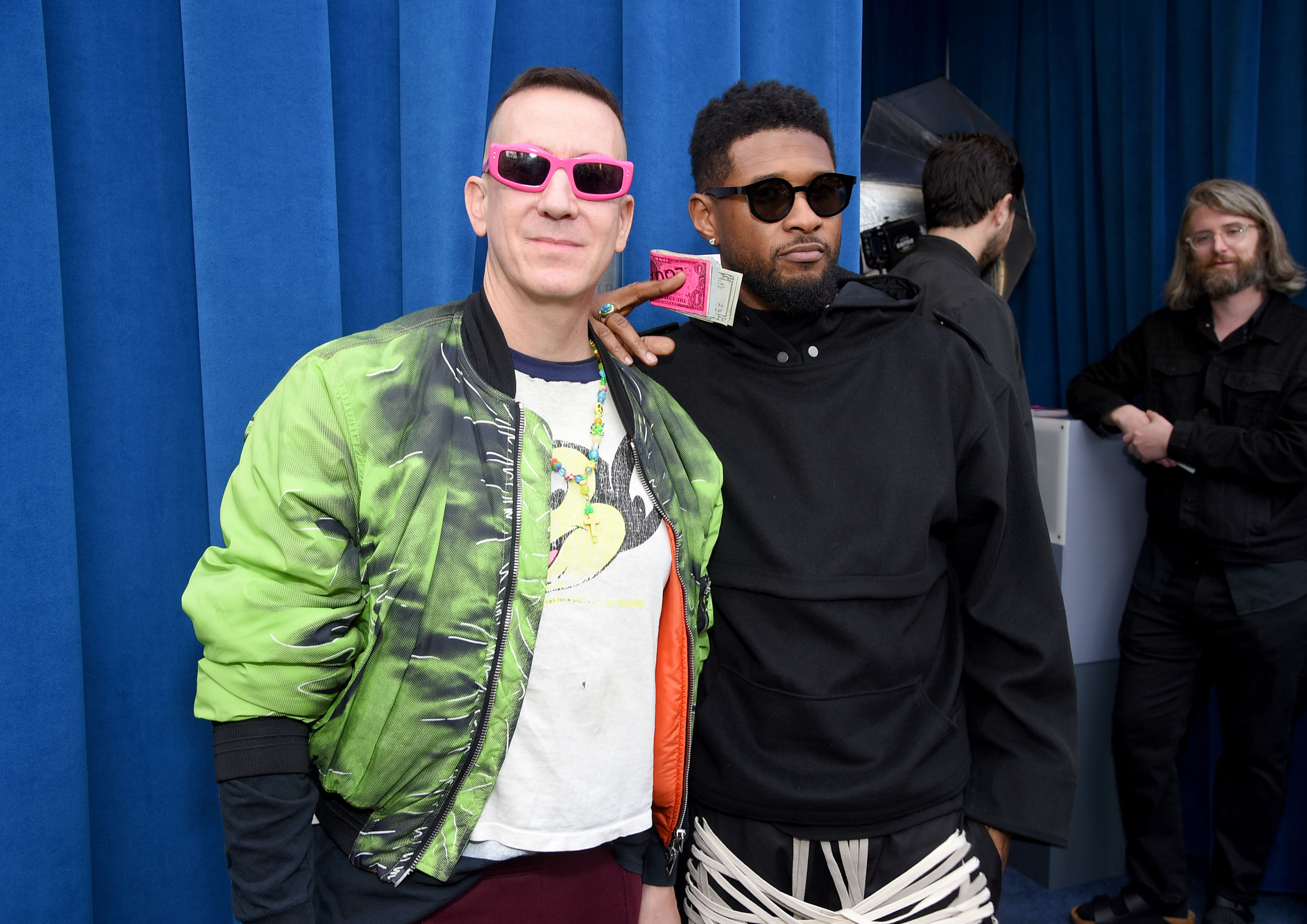 The party — on the backlot of the studio amid New York City film sets — was a shopping event held to celebrate the launch of the brand’s 1774 collection with Matchesfashion.

“Here we are in L.A. or New York as L.A. or L.A. as New York,” said designer-actor Waris Ahluwalia, who had selected the men’s wear pieces inside the space and featured his line of botanical teas. Director Sam Taylor-Johnson, too, was asked to do a curation of her own.

“It’s a natural way to collaborate,” said Jess Christie, chief brand officer of Matchesfashion, which began working with Frieze last year. The fair, first established in London, is also in New York. “We do all three.” 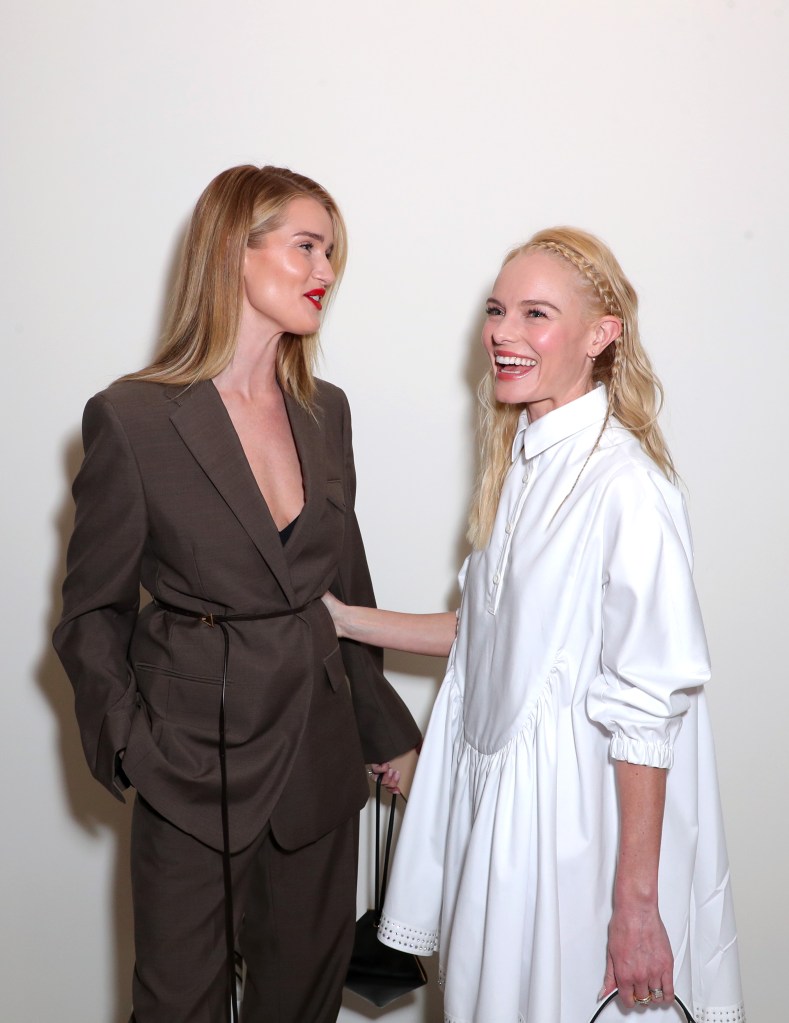 For many the night would end at Chateau Marmont, where André Balazs took over the hotel to host a party with White Cube, the establishment with gallery spaces in London and Hong Kong. Drinks flowed as the crowd danced around the pool and lobby — with many staying out until the early hours of the morning. Again, there were Usher, Diplo, as well as Luka Sabbat, Beck, Lykke Li and director Rupert Sanders.

“They’ve done a fantastic job with Frieze here in L.A.,” continued Christie at the Matchesfashion event. “For us, it was interesting because we realized increasingly with our customers that they’re interested in all the different lifestyle-related things. They’re interested in fashion, style, and art always came up…Interior design is becoming big, too.”

Natalie Shirinian had premiered a short film at NeueHouse that explored the relationship between interior and fashion design, among the events held leading up to the fair. “I wanted to show how one influences the other,” the director shared. “There’s an undeniable connection.”

“It’s all about visual expression,” said Jeremy Scott, summing it up. “We’re communicating.” 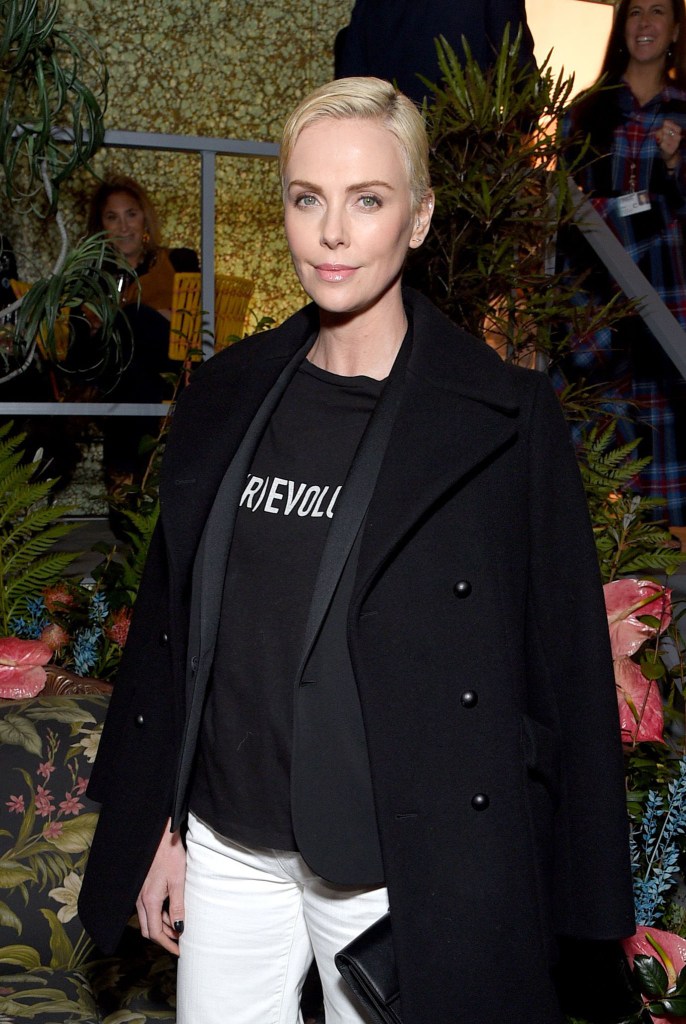