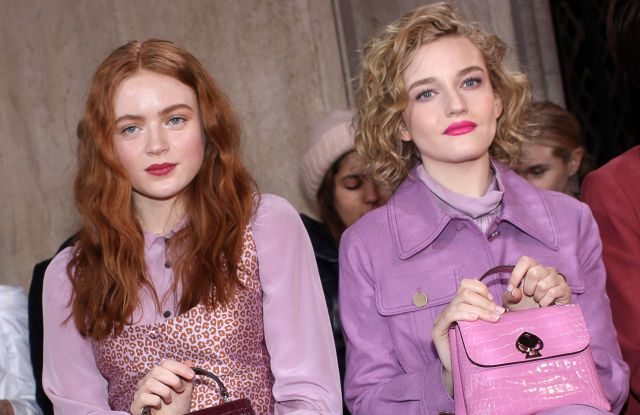 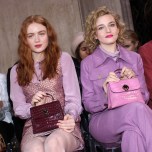 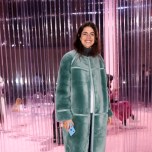 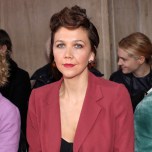 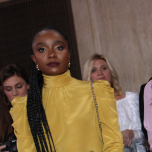 “I was in the middle of shooting ‘Dirty John,'” recalled Julia Garner ahead of Kate Spade’s runway show on Friday afternoon. “I landed in Newark and then had a four-hour drive. I feel like I was on the border of New York and Pennsylvania, and it was freezing cold. I don’t really know where I was. It was upstate.”

Garner was describing the prelude to shooting Kate Spade’s latest campaign alongside Kiki Layne and Sadie Sink. “We didn’t know each other at all, and everyone was there because we love the brand,” she continued. “And we just had the best time. We were together for two or three days and all the girls just got along. And [Kate Spade designer Nicola Glass] is talented, but she’s also just such a kind person. It was really, really fun.” One challenge followed her into the campaign shoot from filming “Dirty John,” though: “I had my spray tan I had to get rid of for the campaign; it was a real struggle. Luckily there were long dresses.”

The actress is set to begin filming the next season of “Ozark” and will appear in an episode of anthology series “Modern Love.”

“It was just super fun — it was cold, but thankfully good company. I was at least warm on the inside,” said Layne of the spring campaign, which was shot by Tim Walker. “He’s just such a visionary, and it’s so cool to see how he sees things that we just can’t. You see these final images and it’s just like, wow.”

Layne has already worked with her fair share of visionaries. In addition to Oscar-nominee Barry Jenkins, she also stars in artist Rashid Johnson’s directorial debut, which premiered at Sundance. As for what’s next, the actress was mum on her look for the Oscars, but optimistic for the year ahead.

“Right now, just getting through that last push of awards season and closing the chapter on ‘If Beale Street Could Talk,’ and then riding into ‘Native Son.’ And seeing what this universe could have in store,” she said.

For Sink, the months ahead will see her preparing for a different sort of project: the ACTs and SATs. “Right now it’s a lot of schoolwork,” said the 16-year-old “Stranger Things” star, who’s in her junior year of high school. “It’s kind of the hardest year yet. It’s good that I’m not filming right now so I can just take tine to focus on school, and every once in a while do fun stuff like this.” While Sink is becoming a fashion fixture, her entry point was, yes, Kate Spade.

“Five years ago when I was in middle school, I didn’t really keep up with fashion brands or anything, but all I knew was that Kate Spade was my favorite brand,” she added.

Also taking their seats in the front row at Cipriani 25 were Maggie Gyllenhaal and “Westworld” costars Angela Sarafyan and Julia Jones.

“Everything in the shop when I was there just had a late Seventies shape, which just works on me; pretty much I’m always drawn to that,” said Gyllenhaal of stopping into a Kate Spade boutique to pick out her show outfit, a berry-hued suit. “But here I am not in anything like that. This was the first thing I tried on and I didn’t try anything else because I was like, ‘This is great. I love it.'”

Like her seatmates, Gyllenhaal has plenty of projects on the horizon.

“I’m about to start the third season of ‘The Deuce’ on Monday, and I’m directing a movie, so I’m in soft prep for that,” she said. “It’s called ‘The Lost Daughter.’ It’s an adaptation of an Elena Ferrante novel.”