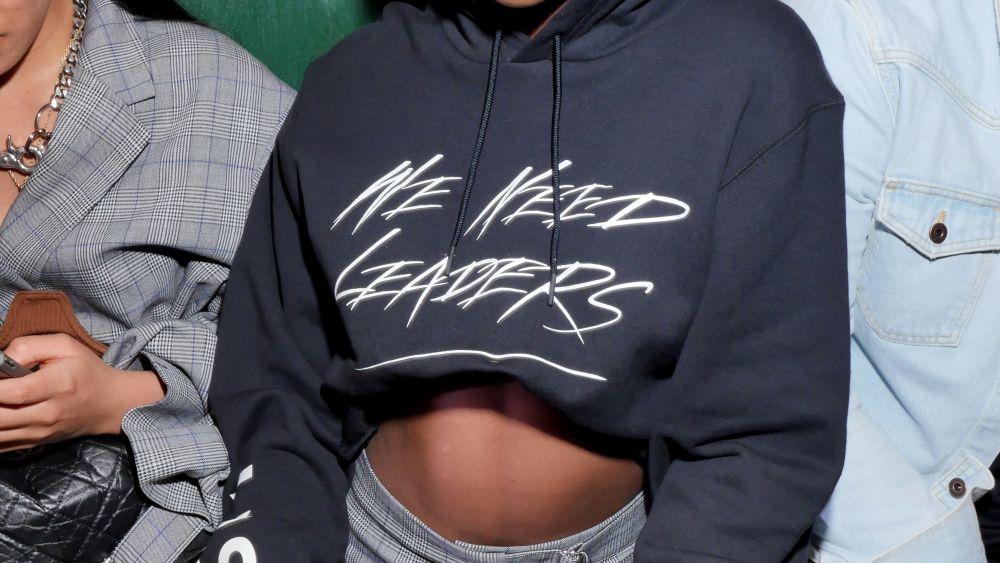 “They always have the coolest shows,” opined a purple-haired and purple-lipped Justine Skye, who is already feeling the dizzying effects of a full fashion week schedule. “Obviously everyone did IVs yesterday,” she said of the restorative intravenous vitamin treatments.

When asked her favorite subject in school, the 22-year-old Brooklyn native was quick to offer “math — because there’s always an answer.” Rapper G-Eazy admitted to not being an outstanding pupal while growing up in Oakland, Calif. “I’d just stare out the window and not pay attention [in school],” he recalled. “They couldn’t put me by the window.”

“I wear athleticwear to the fanciest places,” he added, recalling the time he donned an Adidas tracksuit while DJ’ing an event at the White House during President Obama’s time. Despite a fondness for style, the slim producer was never a gym class all-star. I was the last guy picked at dodgeball, baseball, football. The only sport I know how to play well is ping-pong. Somehow I’m like Forrest Gump.”

No so for model Alanna Arrington, who walked in the show. The 19-year-old was a star athlete in school, but don’t expect her to take Cassidy’s occasionally casual approach to dressing for an upscale occasion. “I love my streetwear, but I think formalwear is meant for formal events.” Causing a stir with photographers as she crossed Canal Street, the leggy beauty shared how she is preparing for an appearance in the Victoria’s Secret fashion show this fall by “working out like crazy so I can eat a cheeseburger right after.”