Catching up with the singer and actress Hari Nef at the Marc Jacobs show at Park Avenue Armory. 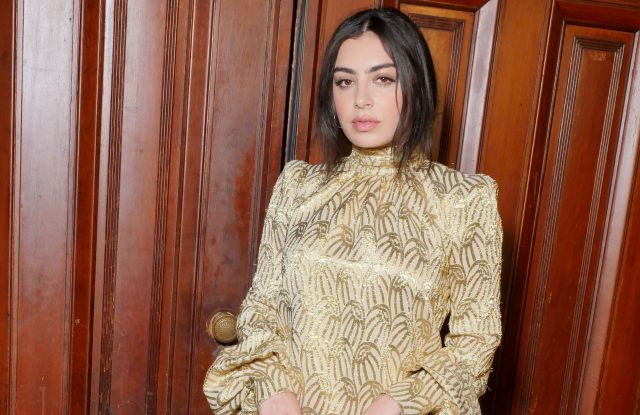 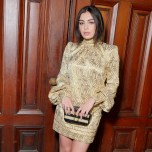 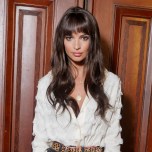 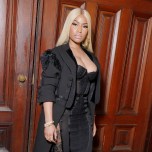 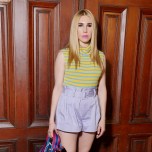 On Wednesday night, Marc Jacobs closed out the New York Fashion Week season at the Park Avenue Armory, drawing a crowd that consisted of the week’s show regulars — Nicki Minaj and Cindy Crawford — as well as a few newcomers.

“This is my first Marc show. We’ve been two ships passing,” said Hari Nef before finding her designated folding chair. “I’ve been wanting to go for seasons; there’s always been some sort of scheduling thing. I love getting here early, I love that [the show] always starts on time.”

The actress added a few credits to her IMDB page this year, and mentioned that she’s about to begin shooting a new series.

“I shot two films this year, I shot ‘Assassination Nation’ directed by Sam Levinson and I also shot ‘Mapplethorpe’ directed by Ondi Timoner. I begin shooting a new television show next week, can’t talk about that yet,” she said. “And there’s something really exciting coming, that is new, that I can’t talk about yet.”

“I have plans and ambitions to combine my writing and my acting,” she divulged.

Charli XCX was also taking in her first Marc Jacobs show. “I’ve obviously heard that it is the most badass fashion show, so I’m very happy to be here, I’m excited to see everything that goes down,” she said.

The singer is currently finishing up her new album, and will begin touring with Halsey in two weeks.

“Music and fashion go hand in hand,” she added. “Clothes make me change how I perform, and the songs that I write.”