Courtside at Monse: Minnie Mouse, the Hiltons and Nicki Minaj

The Monse show attracted a range of VIPs. 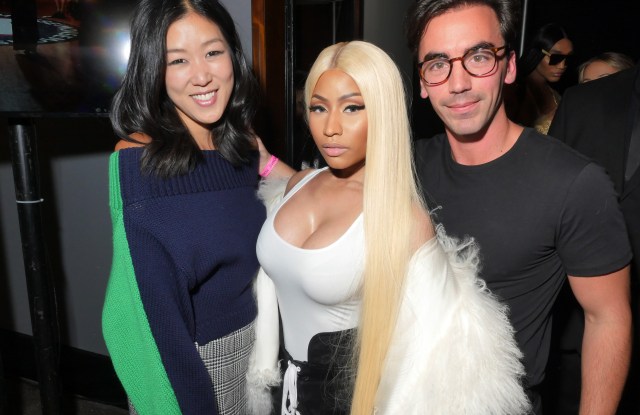 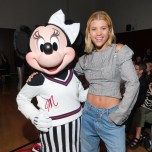 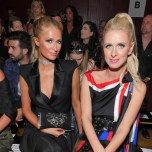 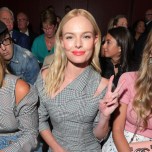 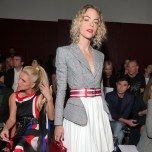 “It matches your outfit,” said one of her handlers, shuffling the Disney character atop a red, white, and navy “MONSE” decal atop the luxury condo basketball court at the Eugene by Skylight.

Paris Hilton is back at New York Fashion Week following her trip to the annual arts festival Burning Man.

“It’s my favorite place in the world — it’s such an incredible week. It’s totally different, the energy is like another level, it’s like being on another planet,” Hilton gushed of her time in the Nevada desert. “I prepare all year for Burning Man, just picking out outfits. I love getting dressed up. Halloween is like my favorite holiday, so being able to do that all week long and just come up with really creative looks is the best part about it,” she continued. “But I love seeing all different parts of the world, so it’s good to go from the dust storm and then straight to New York for fashion week, straight to society, civilization.”

Hilton has a busy week ahead — she’s gearing up to release her 24th fragrance — and is only coming out to support her friends, an approach that her sister Nicky Hilton Rothschild agrees with.

“I only go to my friends’ shows. I’m not running around like I was when I was a teenager,” said Rothschild.

Speaking of shows, the Emmys are a little over a week away — but Rothschild is rooting more for fashion than anything on TV. “I don’t watch TV,” she clarified. “I read.” (Her current read? “Tuesdays with Morrie” by Mitch Albom.)

“I’m not that big on TV,” said Sofia Richie. “I try to not watch that much TV. And when I’m in bed I fall asleep instantly, so if I do put a show on, I get nothing.”

For Richie, who later walked the runway at Jeremy Scott, sleep is the key to keeping up her stamina.

“Without sleep, I’m terrible, I’m not functioning, I can’t do it. I need at least eight hours. I can fall asleep anywhere,” she said. “If it’s an early morning, I go to bed at like 9 or 10.”