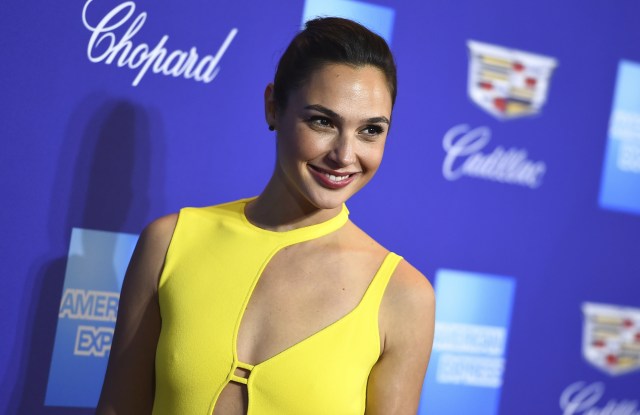 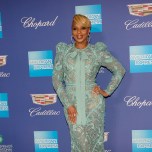 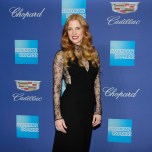 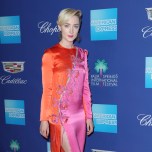 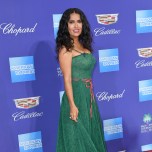 Gal Gadot, Jessica Chastain, Mary J. Blige and Saoirse Ronan were among the honorees who kicked off the new year at the 2018 Palm Springs International Film Festival Awards Gala on Tuesday night. Held at the Palm Springs Convention Center, the evening attracted a who’s who of this season’s award nominees.

“It’s a lovely event because everyone’s being honored as opposed to it being a contest,” said Ronan, singled out for her “Lady Bird” performance. “It takes the competition out of it and it means that people can actually just come together to celebrate their work and celebrate with fellow filmmakers and people you’ve worked with before. It’s a lovely time to be together and kick off the year.”

Her “Lady Bird” costar Timothee Chalamet also received an award for his work in another film, “Call Me By Your Name.” The newcomer charmed red carpet journalists like a pro despite this being his first award season. “Hey! Nice to see you again!” the actor greeted a number of reporters who’ve been championing his film since it debuted at the 2017 Sundance Film Festival.

Asked about the newfound attention, Chalamet said, “So far, I’ve been a part of independent films that people don’t see. I’m sure I’ll be a part of projects in the future that don’t work. So when there’s a moment like this, I think I’d be naïve not to know that things go up and down in show business, so appreciate it, love it, you know? I want to be inspired by great actors. I want to be a great actor. And that means being a part of new and important stories and working with great storytellers and filmmakers.”

Chalamet is fast embracing fashion despite forgoing the typical approach. “I don’t work with a stylist,” said the actor, clad in Saint Laurent. “I choose [what I wear]. I feel like I’m living a version of the dream right now. I get to wear things from cool designers. Why would I, all of a sudden, start paying somebody to choose what I wear? This is what you dream about when you’re 12 years old. I want to choose what I’m wearing.”

Moments later, his “Call Me By Your Name” costar Armie Hammer asked, “Do you want me to take a picture for you?” after a reporter asked for a selfie with Chalamet.

Allison Janney and her former “The Help” costar Octavia Spencer caught up on the carpet between interviews. Both women were honored for their films “I, Tonya” and “The Shape of Water,” respectively.

“I’m sorry, y’all. I’m sick as a dog,” whispered Spencer as she snuck inside. Luckily, Janney was game to discuss her award, though she was distracted by a mob of screaming photographers. “Oh my Lord,” she laughed. “This is harder than the SATs, going down a red carpet. I can’t focus.” She paused, then got back on track. “This movie was written by a dear friend of mine, Steven Rogers, who wrote this role for me. This is a story of a longtime friendship and loyalty.”

Holly Hunter, who received a Career Achievement Award, admitted the holidays were still on her mind. “I’m a little in vacation mode,” she said. “It really went fast.” Even so, Hunter proved eager to shine a light on her film “The Big Sick.” “It’s about love and acceptance,” she shared. “To get along in the world, you have to try to understand what it is that you don’t know, what’s unfamiliar.”

“The Florida Project” star Willem Dafoe said he was pleased with the change of scene. “I’ve been in very cold New York,” he chuckled, “so I’m happy to be here.”

“I’m very, very sad,” Hayek joked as she presented an ensemble award to del Toro and “The Shape of Water” cast. “I don’t get to tell a story about how fabulous it is working with the director of the film I’m about to present…because he’s never hired me. I could tell you some about getting drunk at his house in Guadalajara and partying at the Chateau Marmont and partying in Cannes, singing with mariachis until five in the morning, but that’s not very appropriate for tonight.”

The next morning, Variety celebrated the Creative Impact Awards and its “10 Directors to Watch” list with a brunch at the Parker Palm Springs that drew Chastain and Gadot, as well as honorees Daniel Kaluuya, Patty Jenkins and Aaron Sorkin.