More than 200 supporters turned out for The Humane Society of the U.S.’ fifth annual Cool vs. Cruel awards on Wednesday at The Bowery Hotel in Manhattan. 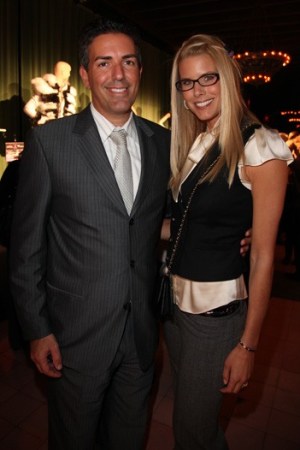 NEW YORK — More than 200 supporters turned out for The Humane Society of the U.S.’ fifth annual Cool vs. Cruel awards on Wednesday at The Bowery Hotel in Manhattan.

Wayne Pacelle, president and chief executive officer of the HSUS, said the student design contest was created to “educate the future generation of designers enrolled in the Art Institutes’ fashion programs nationwide, and encourages these designers to explore fur-free, animal-friendly fashions as a viable alternative.”

The 16 finalists’ designs were displayed on mannequins, several of which were rendered in a variety of fabrics, including silk, polyester satin, cotton, felt and fake leather. The grand prize winner was Ingrid Bergstrom-Kendrick from The Art Institute of Vancouver, who designed a futuristic gray felt dress she said was inspired by the fall collection of Michael Kors. She received a trip to the awards ceremony and will do a five-day internship during New York Fashion Week with fur-free designer Victoria Bartlett.

“I used felt and layered it on the sleeves to create the volume of animal fur,” said Bergstrom-Kendrick.