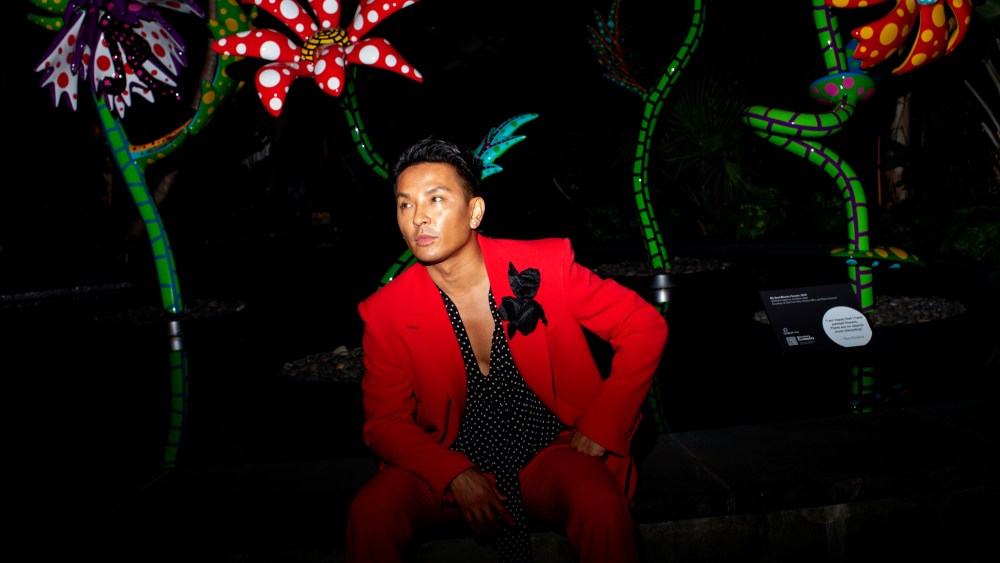 What would the first in-person big event be like in New York City after a global pandemic, 15 months’ time, an election, a major racial awakening, a shift to at-home work and school, and changes to just about every other part of life?

As it turns out, pretty much exactly like it was before.

It was almost surreal how quickly the gala-going crowd of New York society and celebrity returned to form Thursday night, as the New York Botanical Garden hosted its annual spring gala after a yearlong postponement. The benefit toasted the exhibit “Kusama: Cosmic Nature,” featuring installations by Yayoi Kusama throughout the garden’s many living species.

Events like the NYBG’s spring gala are huge fundraisers for the city’s cultural institutions, and their return can only be good news for the pockets of their organizations: Thursday night’s benefit raised $1.3 million in support of the garden, and received sponsorship from Hearst, Veuve Clicquot La Grande Dame, and De Beers Jewellers.

Some went all out when it came to the black-tie dress code — Leung wore towering stilettos with a billowy Marc Jacobs dress, for one – while others, like Blaquier and Shields, paired their floor-length gowns with flat sandals. Heels are tough to return to after our year-plus of Birkenstocks and slippers, so we empathize.

Shields was ecstatic to see Figueras and Blaquier, asking them about their children and going in for hugs. (Guests were asked to show proof of vaccination or a negative PCR test upon arrival, and almost all then went mask-free the rest of the evening).

By 7 p.m. it was raining heavily, moving the party indoors and underneath the dinner tent. A sure sign of business as usual was table four, all seated early and each glued to their phones, not speaking. So much for a desire to regather in person.

It was the first big event for most, including Hilton Rothschild, who wore floral pink Oscar de la Renta for the evening.

“It was a very easy decision — I wanted botanicals at the botanical garden,” she said of her look. “It feels good to dress up. I know there are far more important things going on in the world, but it does feel good to put on a pretty dress and high heels.”

Slipping into heels — hers were hot pink — didn’t feel strange at all, she said.

“It came right back.”

“It feels amazing,” said Keenan of being back out at an event. The daughter of Cynthia Rowley rose to national fame during the pandemic after appearing as a contestant on the most recent season of “The Bachelor.” She brought costar and new friend Pieper James as a plus-one.

“It’s fun. I mean, that’s why I love having friends from the show. I say that I went to meet my true love and I met six of them. So I’m so happy that Pieper is with me tonight and we got to bond over that experience,” she said of being on the show. “I had the best time. It’s crazy but obviously there’s a lot behind the scenes that you don’t see.”

The NYU student is back in the city after decamping to Los Angeles for the winter months.

“I went to one dinner with a friend of mine outside in December and I was freezing my butt off the entire dinner and I was, like, OK time for L.A.,” she said. “I love L.A. but the energy in New York City right now is unmatched, it really is.”

With “The Bachelor” behind her, Keenan is focusing on finishing school this summer — she has three classes left — and then developing her involvement in fashion and social media.

Gurung came ready to mingle, sauntering in with Leung and Ezra Williams before meeting up with tablemates Laura King, Fernando Garcia and Hilton Rothschild. He wore a bright poppy red Prabal Gurung suit with white platform boots and a black-and-white polka dot blouse.

“They said black tie and I was like, ‘I’m not going to wear a tuxedo — it’s not a thing,’” he said of choosing what to wear for the first big night out. “So I was like ‘you know what, with Kusama, I want to play with colors and dots.’”

After a year of Zoom galas, Gurung said there was no comparison with something IRL.

“Of course. The only good thing about the virtual events is you can shut it off and rest,” he said, as Leung was motioning for him to come join a group shot. “But now it’s just very exciting to be out and about.”