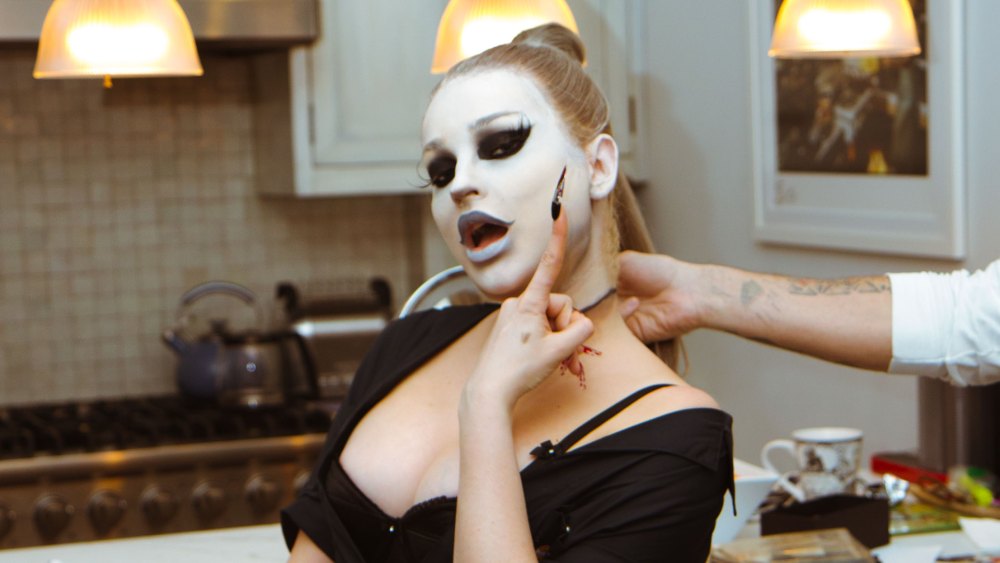 On Friday night, singer Kim Petras kicked off Halloween weekend at Bette Midler’s annual Hulaween benefit for the New York Restoration Project. The evening’s theme was Boogie Frights, and the singer took a cue from a classic Halloween film villain.

“I think Michael Myers is one of the most iconic characters born in the ‘70s,” said Petras of her costume. “So I had to bust him out, a little knife nails,” she added, flashing her long nail extensions. “But I wanted to make him hot and trans. I’m Michaela Myers tonight.”

The singer stopped by the charitable event ahead of her secret Saturday night performance in New York (and posed on the carpet with another iconic Michael — NYRP board member Michael Kors). “And then I’m on a flight on Halloween, unfortunately, but I’ll get home just in time to spend the night with my dogs and dress them up, and be dressed up on the sofa. One of them is Frankenstein, one of them is a spider, and one of them is a bride.”

She won’t be on the sofa for long, though — she’s heading to Budapest, Hungary, next week for the European Music Awards. “Which is kind of a big moment for me, because I’m European,” she added.

“I’m about to put my new album out. I just dropped my first single off of it. I’m just kind of getting started,” Petras said. “I’m assigned to a major label, so I’m not an independent artist anymore. Really exciting times. I’m just excited to be out and about — Halloween is always busy for me because I have a whole Halloween album that people really like. So, yeah. It’s great.”

Marc Jacobs Finds His Fortune at Bergdorf Goodman After Dark