Simon Porte Jacquemus, Marine Serre and Jeanne Damas danced the night away at the opening party of the Galeries Lafayette Champs-Elysées. 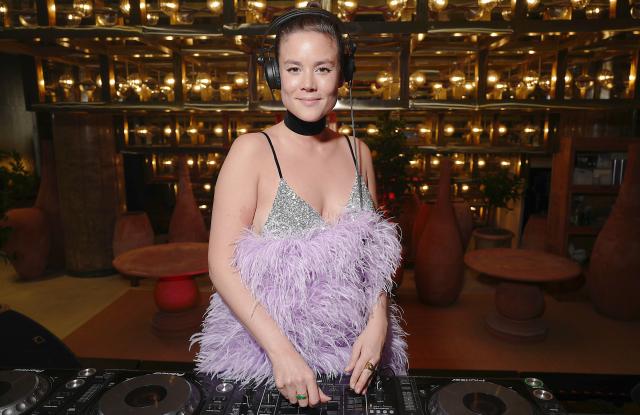 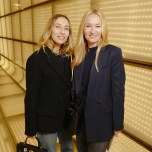 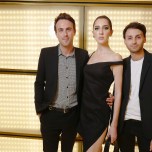 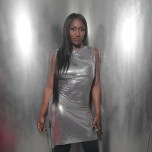 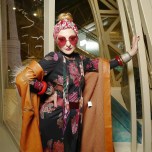 PARIS — If it wasn’t made clear enough from the 7-meter-wide disco ball that was hung on the Avenue des Champs-Elysées that evening: It was the party of the year.

It seemed like the whole of the Paris fashion scene flocked to the opening of the Galeries Lafayette Champs-Elysées on Wednesday.

The 70,000-square-foot flagship celebrated its arrival on the “most beautiful avenue in the world” by throwing a Champagne-flowing mega bash complete with a live orchestra, a voguing performance, a concert by rising afro-trap star Aya Nakamura and no fewer than three DJ sets.

Guests flowed through the illuminated tunnel designed by architect Bjarke Ingels to congratulate Galeries Lafayette executives Nicolas and Guillaume Houzé on their big night, to the sound of violins playing a wide range of classics — from Bruno Mars’ “Uptown Funk” to a surprisingly convincing rendition of George Michael’s “Freedom.”

“It was my dream to open a lifestyle space,” said the designer, who collaborated with Caviar Kaspia on Citron, the café located on the first floor of the store. “It’s a wonderful spot with wonderful artisans, allowing for people to come and discover France.”

The hexagonal atrium was getting progressively packed as guests piled in to discover the much-anticipated concept store. Carine Roitfeld cozied up to Michèle Lamy, while Sarah Andelman was spotted chatting with Pedro Winter; Catherine Baba lounged against the model Eiffel Tower framing the center space; model Teddy Quinlivan arrived arm in arm with Sébastien Meyer and Arnaud Vaillant of Coperni, and Chloé creative director Natacha Ramsay-Lévi posed for photographs with Dree Hemingway.

But the really eye-catching displays started on the store’s first floor. Elaborate food installations by set designer Laila Gohar took over different nooks of the store: a towering pyramid of shrimp was flanked by two glove-handed waiters, ready-to-peel seafood for hungry guests; a long braided brioche sat next to hunks of butter sculpted to resemble body parts; and a 2-meter-long mortadella stretched somewhat obscenely in the changing rooms.

“We’ve been saying there are no decent food places on the Champs-Elysées for the last 10 years,” said Julien Pham, who supervised the food court in the basement of the building. “There are either high-end restaurants or fast food chains, nothing in between. So we wanted to create something people would enjoy, whether they work on the avenue, live in the area or come as tourists.”

Designer Pierre Hardy was over the moon. “My ideal store would have a patisserie counter,” he said, eyeing an oversize raspberry tart covered with what looked like thousands of fruit (although his preferred treats are chestnut puffs.)

“This store is a great thing for Paris, a new step,” he continued. “We French people don’t usually stop to revel in the moment, and I think this opening is the perfect occasion to do so.”

Afterhomework codesigner Elena Mottola squealed when she discovered her pieces on the store racks. Henrietta Rix was just as emotional. “It’s one thing seeing the collection on models, and another actually discovering them in a store, with people going through the rails and seeing the looks come alive,” said the Rixo designer.

It’s the first time Jeanne Damas’ line Rouje is sold in an actual brick-and-mortar store — a test run for the designer, who is planning to open her first boutique very soon.

“The store of my dreams is somewhere that reflects my identity and feels like home,” she mused. “This place feels like it’s right out of a film, with the decor and the violins — I hope they stay here permanently.”

Past Caroline de Maigret and Amélie Pichard, dodging Christophe Lemaire and stylist Lotta Volkova, Nicolas Maury of “Call My Agent” fame laughed as he imagined the state his character Hervé would be in.

“He would be having a complete meltdown trying to talk to everyone to get as many contacts as possible,” he said of the French show’s ambitious assistant, who will face “a life-changing decision” in season three.

The crowd roared as a dance crew took over the main stairs, shimmying and voguing to the beat. The party continued with a punchy DJ set by Louise Chen (Jacquemus joined her up on the stage to bop to Drake’s “One Dance”), followed by Peggy Gou and 2 Many DJs, and lasted until the early hours of the morning, at which time a crane carefully maneuvered the giant disco ball back to the ground. From then on, it was business as usual.