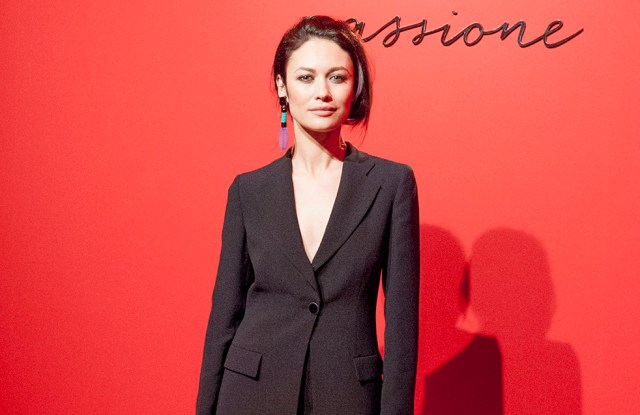 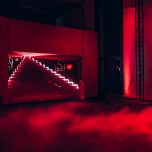 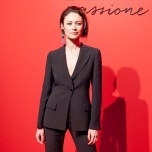 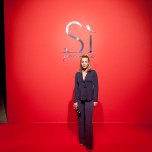 Adèle Exarchopoulos was among guests at the cocktail party. The actress said she’s at work on a Ralph Fiennes movie in which she plays the part of Clara Saint, once the wife of André Malraux. Exarchopoulos next will start on a French movie directed by Justine Triet, but kept mum on which character she is to incarnate for that.

Yet when asked what sort of role she’s always wanted to try out but never has, she didn’t miss a beat, enthusing: “Comedy. It’s my dream.”

Olga Kurylenko is also on set these days. “I started on Monday, so three days ago, filming here in Paris a new French film, called ‘Les Traducteurs,’” she said, translating its name to “The Translators” in a meta-moment.

“It’s directed by Régis Roinsard with an international cast,” she continued. “Everybody is from different European countries, but all of the actors speak French. It’s a very good thriller.”

And then there are some French, English and American film projects lined up.

Ellen von Unwerth was having fun goofing around in the veil of dry ice streaming down the stairs of one of the large-scale red installations peppering the vast space that was bathed in red light in a nod to the hue that infuses all elements Sì Passione.

Despite being at the tail end of couture week, the photographer said she’s psyched for the upcoming season, especially New York Fashion Week, with Jeremy Scott, Marc Jacobs and Anna Sui among her favorite shows. “I just love the whole New York craziness — all the funky people and the parties,” she added.

At the museum was a stairwell decked with lights and mirrors that seemed to lead to infinity and a living room display setup decorated with a photograph of Cate Blanchett, face of the Sì franchise.

“Sì is already such a success,” said Véronique Gautier, global president of Giorgio Armani Fragrance and Beauty. “With this new Sì Passione, we want really to make a statement to celebrate the color Mr. Armani loves.”