The spotlight continues to shine on the show’s 28-year-old creator and star, Lena Dunham. 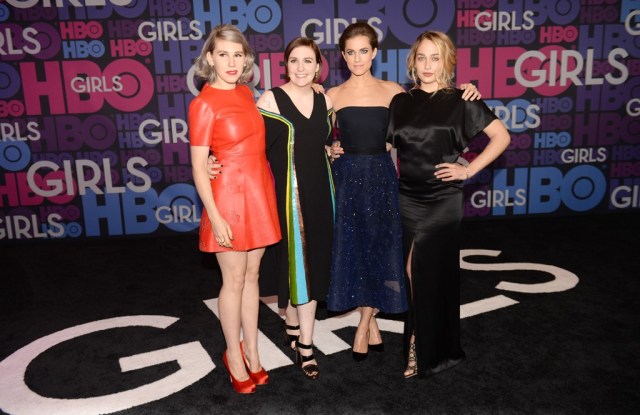 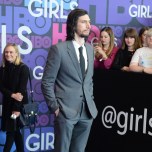 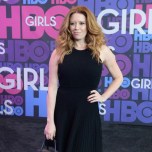 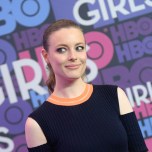 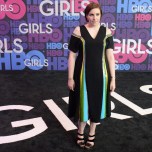 It’s been two years and countless think pieces since “Girls” first aired, but if Monday night’s Season 4 premiere was any indication, the show hasn’t lost its footing. The series has already gotten the green light for a fifth season, and fans and supporters — Kirstie Alley, Victor Cruz, Rita Wilson, Chris Benz and Jon Hamm among them — came out to the American Museum of Natural History in New York to catch the first two episodes.

The spotlight continues to shine on the show’s 28-year-old creator and star, Lena Dunham. Like the show, her first book, “Not That Kind of Girl,” drew a swarm of praise and criticism last fall. None of the negative chatter has seemed to deter the young scribe, who on Monday dispelled the most recent reports of an engagement to her longtime boyfriend, the musician Jack Antonoff. “I just want to say that if we were going to get engaged, we’d be more creative to do it on New Year’s Eve. We don’t want to be basic,” Dunham said on the carpet.

While not lauded as a traditional fashionista, Dunham has landed on the covers of Elle and Vogue, and she chose a less traditional label for her big night. “Is this Creatures of the Wind? Oh my God! Dope!” said Tavi Gevinson as she sidled up.

“I found the Tav!” Dunham exclaimed, turning around to embrace the Rookie founder turned actress, whose show on Broadway, “This Is Our Youth,” closed the night before. “You’re done! Congratulations! I’m so proud of you. I’ve known you since you were like, a little person,” said Dunham, incredulous.

While not so little anymore, the 18-year-old Gevinson noted that she is able to connect with the on-screen tribulations of the 20-something “Girls” gang. “Probably way too much, like any viewer,” she said. According to Jemima Kirke, the girls on the show are also growing up. “She’s becoming more dynamic, she’s a more relatable human being,” Kirke reflected on her character, Jessa. “She’s not a prototype anymore.”

After the screening, Dunham held court under the museum’s famous Great Blue Whale. Antonoff, clad in a long green trench coat, made a quiet appearance and idled at the bottom of the room’s staircase as his girlfriend worked through the throng of admirers. “I’m so glad to see you,” Dunham continuously gushed to passers-by as the pair finally walked out hand-in-hand, shortly after 11 p.m. The night was still young in “Girls” land.