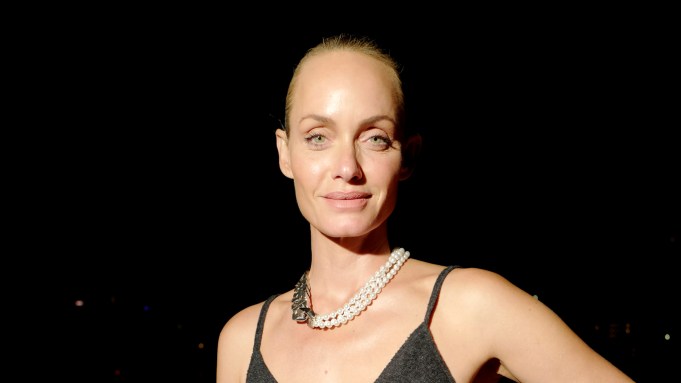 “It feels great to be back in New York,” said Givenchy designer Matthew M. Williams Saturday night, from a very New York vantage point. He was standing atop the Nine Orchard roof terrance, overlooking the lower Manhattan skyline which was lit up by the full moon. “It’s nice to be home, you know,” Williams said.

Givenchy was hosting a party in celebration of their new New York store, which opened last week. Guests like Amber Valletta, NBA player Jordan Clarkson and musician girlfriend Maggie Lindemann, model Meadow Walker and more were in attendance, vibing to Paul Sevigny on the DJ table and hanging.

Williams has been in town for a week, and is enjoying all that New York has to offer.

“I love getting iced coffee, because that’s kind of hard to get in Europe,” the Paris-based American said. “I went to the extent where I started brewing my own cold brew in my house, because I couldn’t buy cold brew in Europe. There are a few spots but yeah.”

Other haunts on his New York must-do list include Cafe Mogador and Dimes. “I also like to get Mexican food because I’m from California, so you can get more authentic Mexican food here [than in Europe],” he said. “I love to just go for walks too around the city — Central Park, etc.”

And of course, hanging out on a New York rooftop on an early fall night isn’t a bad way to spend a night in the city.