Glamour Honors Women of the Year

Hillary Rodham Clinton, Barbra Streisand and Lady Gaga, the latter two honorees, all made appearances for an evening that packed star power. 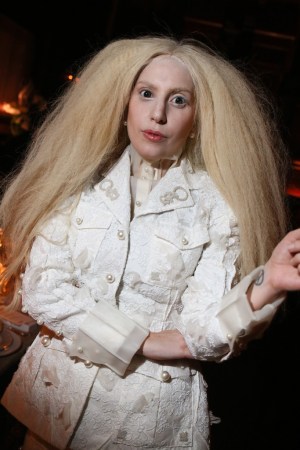 Glamour Magazine staged its annual Women of the Year awards Monday night at Carnegie Hall in Manhattan. It was a sometimes weepy, sometimes touching, stubbornly lengthy (three hours) ceremony that honored women from a broad range of disciplines for their good works. Hillary Rodham Clinton, Barbra Streisand and Lady Gaga, the latter two honorees, all made appearances for an evening that packed more star power than last year’s event, when the main attraction was the young pop singer Selena Gomez.

At a dinner at the Oak Room at The Plaza afterward, Streisand arrived swarmed by an entourage that included her longtime manager, Marty Erlichman, and a security detail. Huma Abedin, the wife of embattled former congressman Anthony Weiner and Clinton’s longtime aide, greeted her by the door, as she likely had at many fund-raisers over the years. Clinton’s evening had apparently ended with her remarks at the ceremony and she did not make it to the dinner.

Waiting for Streisand on the other side of the room was James Brolin. He was dutifully impressed by his wife’s speech, which covered everything from the government shutdown to heart disease and stretched on for 10 minutes, during which she paused only for applause lines and to casually stroke her hair.

“She whips these things out pretty fast,” he said of the speech. “She carries all those facts in her head. She’s a card counter in Vegas. This girl remembers everything.”

Streisand received a warm reception at Carnegie Hall — this was the Upper East Side, after all. When she arrived at the theater, fans young and old draped themselves over the balcony to catch a glimpse. She and Lady Gaga were seated on opposite sides of the venue, as if they each needed a wide enough gravitational orbit to themselves.

But the most effusive praise all night was reserved for Malala Yousafzai, the young Pakistani woman who made international headlines after she was shot by the Taliban. She was besieged by personalities of all stripes, from Rosanna Arquette to the younger Barbara Bush, all hoping for just a few more words of inspiration, or to have their picture taken with the young activist. Bush almost got to meet Yousafzai, but the former first daughter’s Uber black car arrived before she had the chance.

Lady Gaga, in white powder makeup and a fright wig that made her look like Miss Havisham from “Great Expectations,” was one of the first to offer Yousafzai congratulations, adding that she hoped to keep the lines of communication open.

“Just send me an e-mail, any time,” Gaga told her during a brief tête-à-tête at the dinner while Andy Cohen looked on. Behind them, Marina Abramovic, who introduced Gaga at the awards, was seated by Jeff Koons.

Kaitlin Roig-DeBellis, a teacher who protected her class at Sandy Hook Elementary during last year’s shooting, was preceded to the stage by several of her students’ mothers. To another one of the nights’ many standing ovations, Clinton introduced former congresswoman and shooting survivor Gabby Giffords, who has not fully regained speech but offered a few brief, moving words. Model Liya Kebede choked up describing her efforts to build maternity wards in her native Ethiopia.

“What part didn’t I cry is the question,” said Donna Karan. Melinda Gates, Catherine Martin, Natalie Massenet, Christy Turlington and surfer Carissa Moore were the other honorees. When asked to pick a favorite moment besides the speech by Streisand, her old friend — “her soul sister” — Karan searched for the right words.

“I thought what’s her name.…” she said tentatively. Gaga?

“Lady Gaga. She blew me away. I’d never really seen her speak. I’d only see her use her other voice. So the voice she spoke with was of authenticity, of what it was like to be a woman,” she said.