Globe Hopping at the Golden Globes After Parties

There were no less than six after parties at the Beverly Hilton alone on Sunday night following the awards ceremony.

By Marcy Medina and Lexy Lebsack on January 17, 2012
View Slideshow 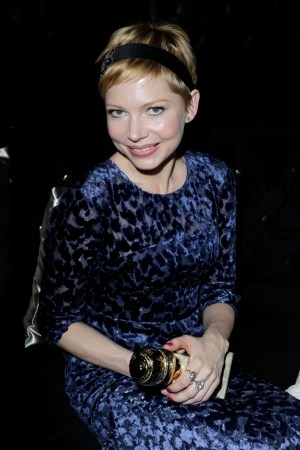 There was more than one golden ticket on Sunday night as Hollywood partied after the Golden Globes telecast. In fact, there were no less than six after parties at the Beverly Hilton alone (thrown by Sony Pictures, Fox, NBC/Universal, HBO, The Weinstein Co., and InStyle and Warner Bros.)

For Madonna and best actress winners Meryl Streep and Michelle Williams, The Weinstein Co. and Chopard’s bash was the first stop. Evan Rachel Wood and Jessica Alba made quick wardrobe changes in their hotel rooms before hitting the carpet again.

This story first appeared in the January 17, 2012 issue of WWD. Subscribe Today.

“I had planned to bring another outfit,” said Wood of her Gucci pantsuit. “It’s just easier to party hop in pants.”

RELATED STORY: Hollywood Parties It Up Ahead of the Golden Globes >>

On her way into the party, Cameron Diaz congratulated Viola Davis before sharing a big hug with Leonardo DiCaprio, who was on his way out. “I’m gonna go inside so I can jam out,” she said. While some rocked out to the music, there was a large fashion contingent, headed by Georgina Chapman, content to discuss the evening’s dresses. Alba and Rachel Zoe shared a cocktail while Heidi Klum bonded with Rosie Huntington-Whiteley and Joy Bryant.

“The Artist” co-stars Bérénice Bejo and Penelope Ann Miller were faithful to the film’s backers.

“I don’t think I am going to make too many rounds because I think the Weinstein party is the one to be at,” Miller said. “And our movie won tonight so I think this is definitely the place to be at to be honest.”

Those at the InStyle and Warner Bros. party would argue the same, as a steady flow of winners and nominees made their way into the huge tent.

“This is always a great party,” said Alice Eve, “although I was hoping Brad Pitt would win tonight so he would come.”

Pitt might not have made it out, but there was no shortage of leading men inside, including Armie Hammer, DiCaprio (who made the rounds with his all-male posse), James Marsden (who hung out on a sofa with Liv Tyler), Idris Elba and Matthew Morrison. It was so dim inside that Diddy had to remove his sunglasses before patting Elba on the back. “Congrats man, you killed it tonight,” he said.

“Puffy!” yelled nearby Sofia Vergara, “I want you to meet my family.”

The actress had brought along her son and her niece, as well as her boyfriend and several others. Guests were not afraid to let loose, filling their plates with pasta (which chef Giada De Laurentiis served herself, wearing a red Valentino pantsuit) and kicking off their heels.

“The shoes have come off,” said Sarah Michelle Gellar, who hid her bare feel beneath a voluminous ballgown.

All good things must come to an end: the arrivals of Kim Kardashian and Lindsay Lohan could be taken as a sign that the party hour had peaked.