“Clearly there’s only, so far, one person who’s qualified to be president of the United States which is Hillary Clinton,” said the author and activist. 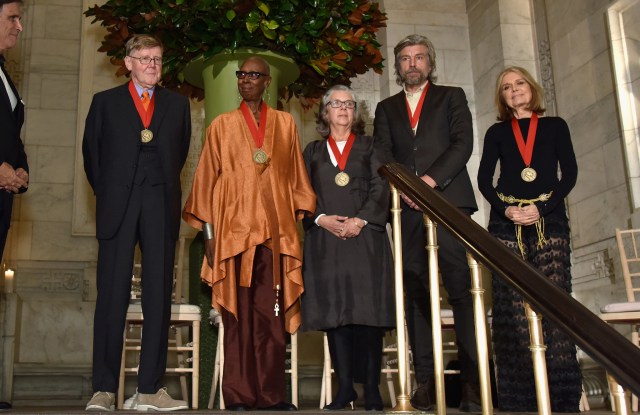 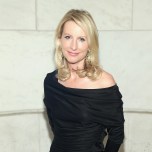 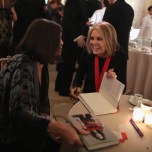 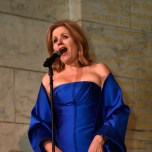 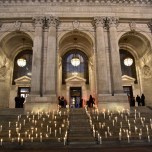 A week after her memoir made its debut to much fanfare, Gloria Steinem was honored at the New York Public Library’s annual Lion’s Gala, alongside Alan Bennett, Maira Kalman, Karl Ove Knausgaard and Judith Jamison. “My Life On the Road” has been in the works for 20-some years — while traveling may make for good stories, it’s less favorable for actually writing them down. “I was on the road and not writing,” said the author and activist while signing copies. “I would work on it every summer and then not work on it for 11 months. So I owe a great debt of gratitude to Kate Medina, the editor from Random House, that she had patience.”

The book recounts Steinem’s remarkable life, from her travels to India, to her work as a journalist in the Sixties and the founding of Ms. magazine. Still, “It’s not a memoir; it’s a road book,” she countered. “I mean, obviously it’s me, it’s my stories, but I mean, Jack Kerouac did not call ‘On the Road’ a memoir.”

The library’s Astor Hall was a fitting setting for her first book signing for the title. “Libraries saved my life as a child. I don’t mean literally but they were a place of refuge and discovery,” she said. “And I love New York, it’s my ultimate refuge of discovery, so this is a combination of both.”

The conversation naturally soon turned to the 2016 presidential race. “Clearly there’s only, so far, one person who’s qualified to be president of the United States, which is Hillary Clinton,” she said, adding that feminism takes a backseat in this particular case. “I didn’t vote for Sarah Palin. I’m voting for [Clinton] because she’s the best candidate. But it does help, in addition to being the best candidate, to know what it’s like to walk around as a female in this culture. Just like it helps to know what it’s like to walk around as an African-American person, [or a] Hispanic person. It’s an added consciousness.”