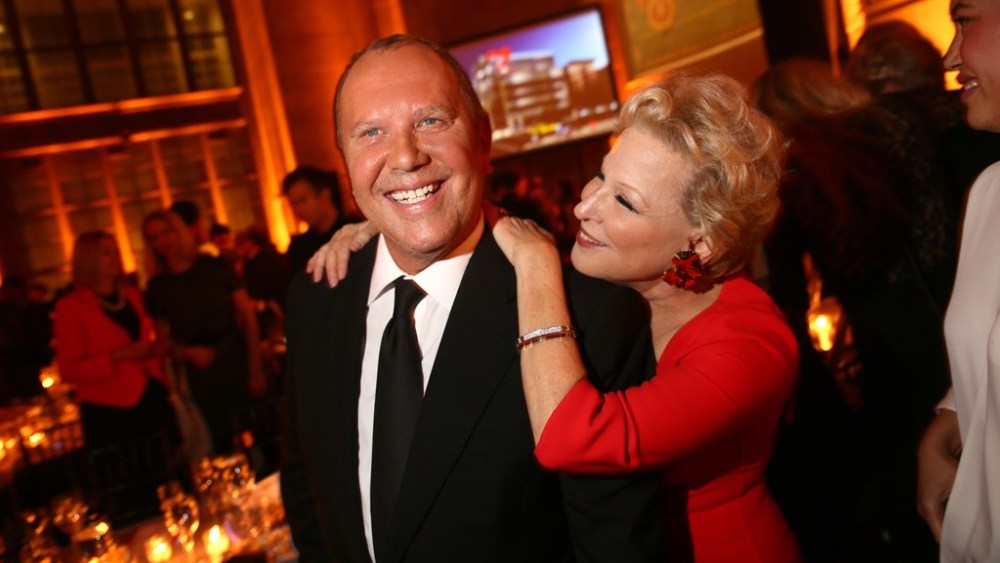 “It is literally jam-packed,” New York City Council speaker Christine Quinn said Monday night as she surveyed the Cunard Building’s grand hall, which teemed with tables set for the God’s Love We Deliver annual Golden Heart Awards. More than 600 guests (the largest turnout of any of the charity’s events) piled in at the sold-out event for the charity.

The overcrowding issue could be attributed to the popularity of Michael Kors, who, along with “Glee” creator Ryan Murphy and God’s Love’s star volunteer Cindy Little, was recognized for his 20-year involvement with the organization. Karolina Kurkova, Karlie Kloss, Olivia Munn, Seth Meyers and Robert De Niro were among those who turned up to support the cause, as was longtime champion Blaine Trump, the subject of several shout-outs throughout the evening. Kors was feeling extraordinarily supportive himself, pledging a $5 million contribution during the evening, which will be used towards building new kitchen facilities. The night raised $1.35 million in addition to his gift.

After cocktails, guests filed into the venue’s vast concourse to sit under a grand, hand-painted ceiling and take in the mermaids, tritons and sirens featured in the marine-themed mural above. Gwyneth Paltrow presented Murphy’s award, opening her remarks by speaking to how “Glee,” her children’s favorite show, has improved the way the gay community and minorities have been portrayed in the media. She said the show has taught her kids “that there is no difference between gay and straight people, people who believe in different ideologies or black and white people.” It seems to be working. “My son actually asked me a few weeks ago if I was black when I was little,” the actress said.

After his introduction, Murphy expressed his appreciation of Paltrow, sartorially speaking. “I almost wore that outfit, so glad I didn’t,” he said of Paltrow’s black cutout Kors number. Murphy optimized his podium time, reading a heart-wrenching scene from the upcoming movie of Larry Kramer’s “The Normal Heart” — but not until after he made a play for one very A-list guest.

“Before I go any further,” Murphy said, “there’s something I really want to say which is, Bette Midler, please be on ‘Glee’!”

Though Milder, who was seated beside Kors, roared with laughter, the actress didn’t bid on the show’s walk-on role in the auction following dinner (it fetched $50,000, bought by Kors investor Lawrence Stroll). She had other incentives for attending. “They promised me the God’s Love brownie recipe if I showed up; so here I am,” Midler said shortly after taking the stage to present Kors with his award. “Just drop it off by my chair.”