The night was hosted by the organization's longtime supporter Michael Kors. 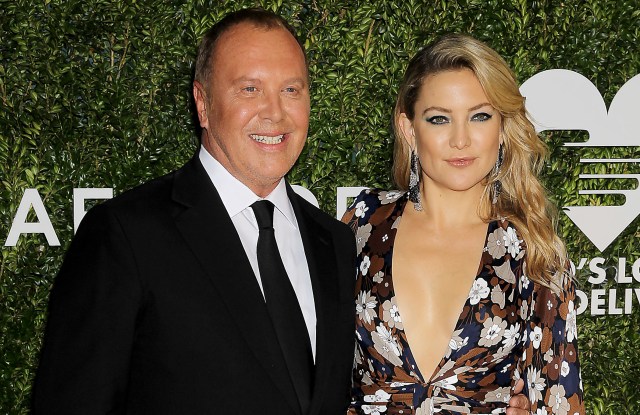 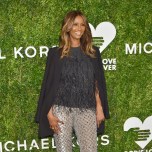 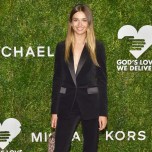 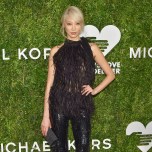 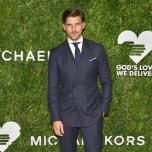 On Monday night, a stilettoed squad of models followed the trail of Kookie crumbs all the way to the fifth floor of Spring Place.

Kloss was receiving an honor for her charitable efforts that night at the God’s Love We Deliver Golden Heart Awards, along with Union Square Hospitality Group’s Danny Meyer and a longtime God’s Love volunteer. While Kloss appeared at the event via video — she’s currently in Japan — a contingency of her friends showed up in her place to lend support to the charity, a social service organization that delivers nutritious meals to the homes of sick New Yorkers.

With casting for the Victoria’s Secret show mere days away, enthusiasm for the model’s philanthropic cookie was palatable, though likely hypothetical at the moment. “My favorite’s the chocolate one — chocolate and chocolate chip. It tastes kind of like a brownie,” said Joan Smalls.

Speaking of brownies: God’s Love We Deliver is known for its small square ones.

“I’m not going to pick. I can’t pick,” said benevolent event cohost Kate Hudson. Like many at the event, she was there because of Michael Kors. “He asked me to come see what he was doing here, and come support him, and I said absolutely,” she added.

Kors, the event’s captain and cheerleader, took a more pragmatic approach to the Kookie vs. brownie question. “Karlie’s Kookies are more dietetic and healthier, ultimately, than the brownies. The brownie is my cheat dessert, and Karlie’s Kookie is more my regular dessert. But have both, why not?”

In addition to corralling hordes of fashion faces to come out in support, Kors has been involved with the organization for over 20 years, and he recently gave $5 million that resulted in an expanded facility, the Michael Kors Building. “What keeps me involved, quite honestly, is the fact that when you meet their clients, and you see firsthand when you walk into someone’s home what this means for them, you’re like, ‘oh my god,'” Kors said. “It’s very life-affirming to see that you can help someone in a concrete way. No matter how big the organization has become, it’s still hands-on and personal.”

His influence extends further than dressing up for the glitzy fundraiser. “I was able to volunteer with Michael at God’s Love We Deliver, and I fell in love with it,” said “The Color Purple” lead Cynthia Erivo. “What we don’t realize is that’s such an important part of each person’s existence — to be able to nourish oneself.”

And if a Tony-winning Broadway star can find time to volunteer, then the rest of us are really out of excuses. “You make the time for things that are special,” Erivo added.