Printemps inaugurates pop-up shop for the brand’s tie-up with the artist. 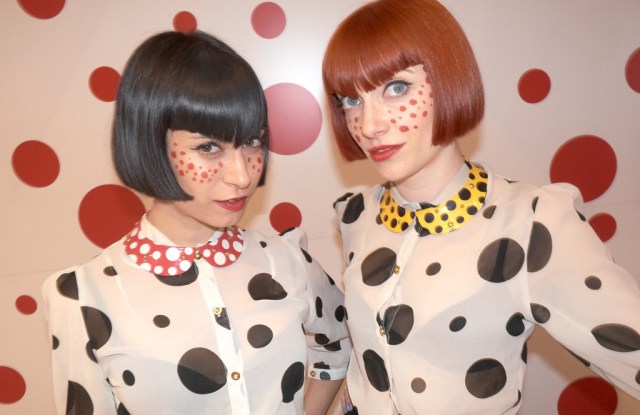 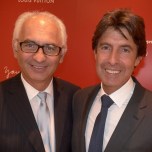 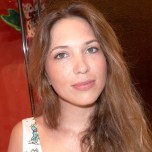 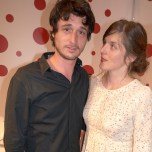 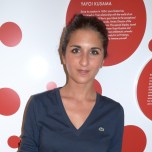 PARIS — Guests were seeing spots, literally, at a cocktail at Printemps on Tuesday to celebrate Louis Vuitton’s collaboration with Yayoi Kusama.

The basement of the Paris department store had been transformed into a red-and-white pop-up shop selling handbags, scarves, clothes and accessories plastered with the Japanese artist’s signature dots. The little red circles even cropped up on the cheeks of DJ duo The Broken Hearts, who provided the musical entertainment.

Kusama herself did not attend the party, but some guests made up for it by donning her signature red wig and lining up to have their picture taken in a photo booth that produced abstract portraits composed of — naturally — multicolored dots.

“Her work is based on the theme of obsession, and she in turn makes us obsessed with her work,” mused Géraldine Nakache. The French actress and director said she caught the Kusama retrospective at the Whitney Museum in New York, where she recently spent six months filming “Nous York,” her second film with co-director Hervé Mimran following the critically acclaimed “All That Glitters.”

“It’s the story of five lifelong friends who set off to live the American dream in New York, and who realize that your baggage doesn’t disappear just because you’re 6,000 kilometers from home,” she said.

Valérie Donzelli is also sticking with a winning formula, once again enlisting her former partner Jérémie Elkaïm to star in her next film, “Hand in Hand,” scheduled for release in December. Though it’s billed on IMDB.com as a musical, Donzelli said that was just a rumor. “It’s the story of a man from the provinces who sells mirrors, and the head of the Paris Opera Ballet School,” she said.

“In fact, they are two characters who are seemingly opposite, but who end up linked to each other through a mysterious syndrome of synchronicity,” Elkaïm chipped in.

Audrey Marnay, who regularly dabbles in film, recently starred “The Powder Room,” a short film directed by Zoe Cassavetes that was presented at the Venice film festival last week as part of Miu Miu’s “Women’s Tales” project. The model and designer said she was ready to take on a meatier role, but has yet to receive the right offer. “I can’t wait for the right part,” she enthused.

Camille Seydoux hopes to make her mark behind the scenes. The red-carpet stylist, who is the sister of actress Léa Seydoux, scored a coup by putting mistress of ceremonies Bérénice Bejo in a lipstick red Louis Vuitton gown for the opening ceremony of the Cannes film festival in May. Now she has her eyes on the next Oscar night. “My sister made Vanity Fair’s Best Dressed List this year. Since I am the one that styles her, I was pretty pleased!” she said with a grin.

Speaking of being well dressed, editor-at-large Alexia Niedzelski said Industrie magazine was about to unveil the results of the online poll for its high school yearbook. Its fall-winter issue, due to hit newsstands on Sept. 10, will announce the winners in categories including Best Dressed, Most Likely to Succeed and Perfect Attendance.