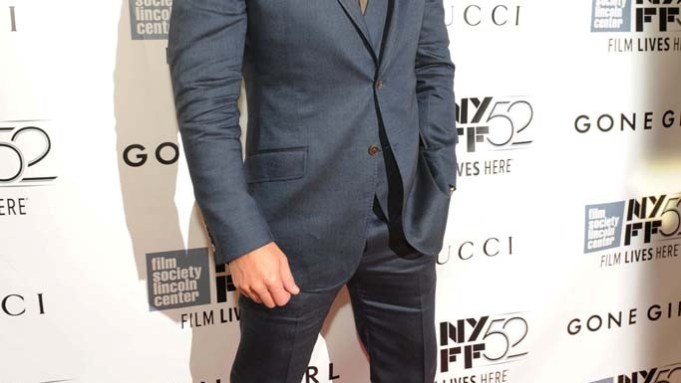 Gillian Flynn’s “Gone Girl” is a sprawling, 432-page thriller of a novel constructed with a crew of interesting characters and swathed with secrecy and uncertainty. The red carpet at Friday’s premiere of the book’s cinematic adaptation possessed many of the same qualities.

Held at Alice Tully Hall at Lincoln Center, the premiere doubled as the opening night gala for the 52nd New York Film Festival – a testament to the tentpole status of the David Fincher film. Despite being based on a popular novel – over seven million copies sold and counting — Fincher’s adaptation has been kept tightly guarded, with rumors of changes to the book’s ending floated around for the better part of 2014. Just how would Fincher and stars Ben Affleck and Rosamund Pike translate the pages to the screen?

The anticipation was palpable as the entire cast, including Neil Patrick Harris, Tyler Perry, Lola Kirke and Emily Ratijowski, strolled down the red carpet. Reese Witherspoon, a producer, also made an appearance.

Casey Wilson, who plays a supporting role, explained how she kept the super secret script under wraps. “They payed me millions of dollars because they know I have a big mouth,” the comic said.

There was much fanfare when the man of the hour arrived. Affleck, enjoying the hype around the thriller, joked its subject matter may not make it the best date night, which perhaps explains wife Jennifer Garner’s absence.

“I guess ‘Fatal Attraction’ [is worse] because you get your rabbit boiled,” he said. “The last movie that I can think of where the conversations I had afterward were divided between men and women was ‘Chasing Amy,’ and we’ve come a long way since then.”

With her on-screen husband handling the press line, a very pregnant Pike made a beeline for the theater — very in-character with her role as the titular ‘Gone Girl,’ Amy Dunne.

Inside the theater, the cast took the stage for a quick round of applause before retreating to the wings. When the film’s title card hit the screen, the entire audience shared a cathartic, if silent, sigh — the wait was over.

“Wow,” said Wilson, making her way out of the theatre two hours later. “That was dark.”

At a Gucci-sponsored after party at Tavern on the Green, Affleck held court in a secluded couch on the patio. Greta Gerwig, Noah Baumbach and Vera Wang were among those in his circle. Outside, Ratijowski graciously accepted praise from a pair of giggling tweens. And way back in the corner, still dressed in that dramatic Altuzarra dress, was the elusive “Gone Girl” herself.

So how had the actress removed herself from the dark mindset of the character? “I think I’m still in it,” she said, turning back to her previous conversation with a nearby friend. Interview over. The mystery of Amy Dunne lives on.