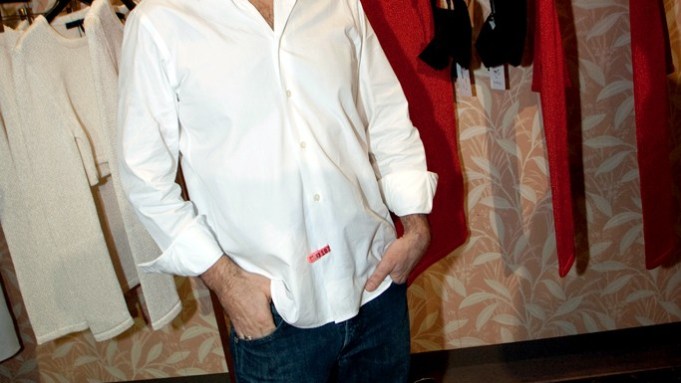 MIAMI — The 2013 edition of Art Basel Miami Beach reached its crescendo Thursday night, leaving the remaining three official days of the fair to more low-key celebrations as the star power drained from the city or retired to their yachts to take in their own private art collections.

On Friday, Francisco Costa and photographer Ryan McGinley punctuated their trips to Miami with a fete in honor of their limited-edition collaborations with The Webster, the boutique founded by Laure Heriard Dubreuil and Milan Vukmirovic, at its Miami flagship. The store has been on a tear recently with these designer collaborations — Anthony Vaccarello has also designed a capsule collection for it.

Costa arrived Thursday night for a fall show and hadn’t yet had his live Basel experience — the main event, the satellite fairs or any of the parties. He said the collection, which consists of exclusive silhouettes as well as pieces from the resort line and carries a “Calvin Klein for The Webster” label, is the first capsule the brand has done for any store and he credited Heriard Dubreuil for the collaboration.

“She has a fantastic eye, in the way she edited the pieces and merchandises the collection,” he said of Heriard Dubreuil, who was not in attendance because the expectant mother is due soon. “She really gets product. You want to buy everything here.”

Costa reserved Saturday for the art.

McGinley, who created limited-edition Calvin Klein T-shirts, was at his eighth Basel.

“It’s like Mardi Gras for the creative community,” he said. McGinley is admittedly obsessive compulsive, and every year he observes certain rituals.

One — rent a scooter. “It’s the key to maintaining sanity,” he said.

Two, create a music playlist. “I’m actually one of the people who looks at the art,” he said. “When I walk through the fair, I keep my headphones on and my eyes down and I go booth to booth and I get to see all the art from the shows I didn’t see in London or Paris or Tokyo or whatever.” On the playlist this year: “Julie Ruin,” the forgotten 1997 album by Bikini Kill founder Kathleen Hanna. “It’s really lo-fi,” McGinley said.

Later Friday night, Russell Simmons hosted a dinner with the gin label Bombay Sapphire at Soho Beach House Miami that was attended by Tommy Hilfiger, China Chow, Stephen Dorff and Paris and Nicky Hilton to raise money for the New York-based Rush Philanthropic Arts Foundation. Simmons has been to several of the fairs before this one and advised moderation to get through the week.

“I take a bunch of pictures, posing for a bunch of people. I don’t tell people, ‘No, I’m sorry, you can’t take my picture.’ I feel like a cardboard mannequin but you get used to it. It comes with the territory,” he said, describing a Basel ritual befitting of a yoga practitioner: “You just have to smile and breathe, in every pose, just smile and breathe.” He had not and was not planning to acquire any art at the fair.

On Saturday, as many were headed back to New York to forecasts of an imminent winter storm, Hannah Bronfman was in casual beachwear at the James Royal Palm Hotel DJing by the pool for Architectural Digest’s annual “Oasis” lounge. Later, Lezark followed her at the turntables. Bronfman, who had not made it to the main fair, was in town for three DJ gigs, including a party Friday night for Artbinder at the cabaret club Mango’s — it also featured actress Jemima Kirke and photographer Todd Eberle. She, for one, was relieved that there were fewer movie stars in attendance this year.

“When everything is so celebrity-studded, it’s too much. You can’t go to the Raleigh for an afternoon cocktail. There’s paparazzi at the beach when you’re trying to have breakfast,” she said. She was returning to New York Sunday at 6 a.m.

Was she looking forward to the trip back?

“Honestly, it’s gloomy in New York and it’s beautiful here, so not really,” she said.