Gordon Getty Celebrates His 85th Birthday With a Bash at Home

Three generations of Gettys and friends from around the world toasted the patriarch at his Pacific Heights home. 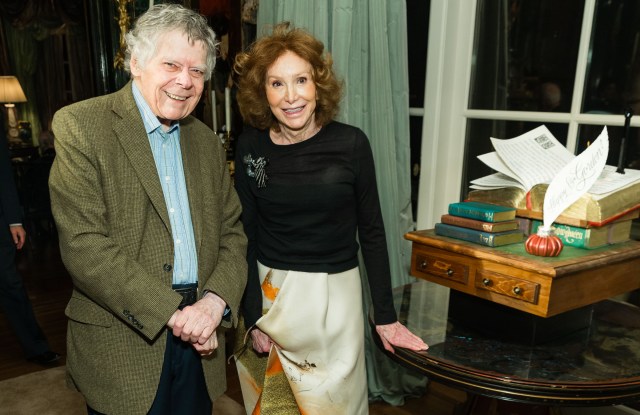 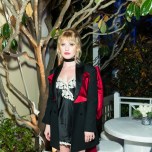 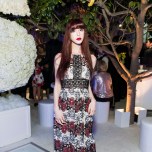 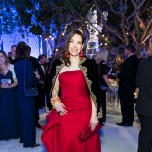 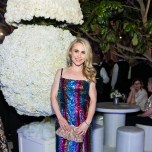 Hans Christian Andersen’s fairy tales were the inspiration for a music-filled party hosted by Ann and Gordon Getty at their Pacific Heights residence Saturday night to celebrate Gordon’s 85th birthday.

A 20-foot tall ice sculpture of The Snow Queen hovered over a lavish shellfish buffet, and a Little Mermaid statue and floating fish suspended above a dance floor. The Little Matchgirl fable inspired Getty’s gilded tome birthday cake by Flour & Bloom, complete with petite handpainted volumes and a tiny matchgirl figure in fondant atop.

Three generations of family and friends flew in from around the world to honor the head of a growing clan of cousins and grandchildren. Nancy Pelosi and her husband Paul, who have know the Getty family for more than five decades, were there, along with film director Philip Kaufman with his close friend Kelly Sultan.

Vanessa Getty wore a Monique Lhuillier grey sequined chiffon gown, to which she pinned JAR ruby and diamond flowers at the waist. Ivy Getty dashed in wearing a dramatic Alexander McQueen black coat adorned with a huge red bow, but hours before heading to her grandparents’ party she had a fashion emergency.

“The dress I’d ordered from a Moroccan designer did not arrive on time, so I rushed downtown to the Alexander McQueen boutique to find an instant outfit,” Getty said. “This great coat had just arrived, and I loved it but it did not quite fit, so I’m wearing it over a La Perla slip.” However, she ditched her YSL rhinestone boots later to hit the dance floor.