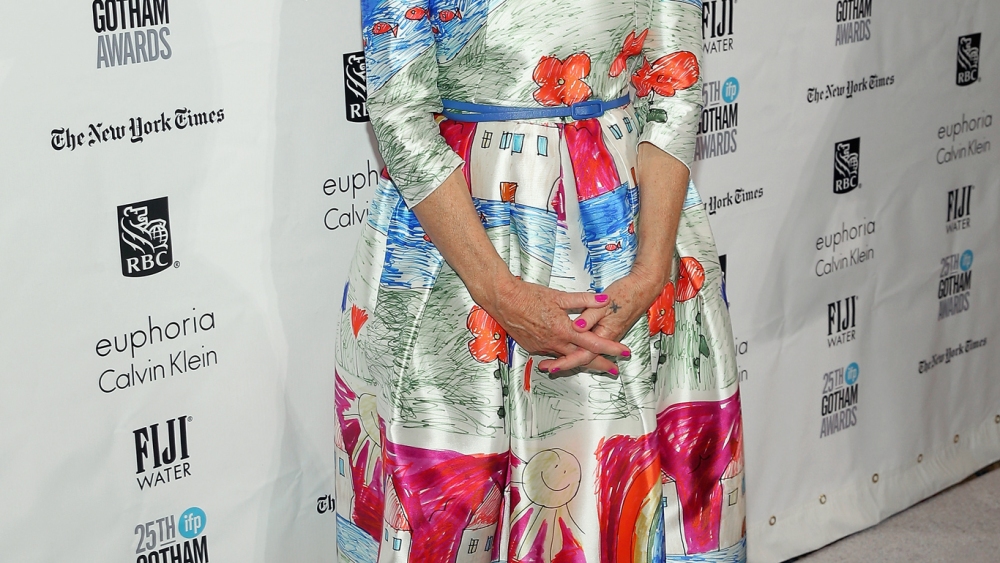 Why is New York so often referred to as Gotham? Before Helen Mirren took the stage at the Gotham Independent Film Awards on Monday night, no one in the audience seemed to know. But there were plenty of other stories floating around Cipriani Wall Street — the crowd at the ceremony included a list of this year’s indie film darlings, as well as many studio favorites: Rachel McAdams, Emmy Rossum, Glenn Close, Matt Dillon, Cynthia Nixon, Laurie Anderson, Bel Powley, Maggie Gyllenhaal, Mariska Hargitay, Mark Ruffalo and Michael Shannon.

“I love doing independent films,” said Nixon. “When there are 20 people on a set, everybody is really invested.” The New York-based actress was there presenting the award for Best Documentary, and stars in the recent (indie, of course) film “James White.” “It’s also nice being able to help a filmmaker execute his or her vision, and not feel like it’s being diluted by a million executives and marketing people,” she continued. “And if it shoots in New York, oh, even better.”

The Boston Globe-centric biopic “Spotlight” proved to be the MVP of the night, snatching up the most awards: Best Feature, Best Screenplay and a Special Jury Award for Ensemble Performance. Who said that print is dead?

“I just found out today I was giving the award to ‘Spotlight,’ which is actually one of the only films that I have seen, so that’s quite lucky,” said Rossum, who later presented the Special Jury Award for Ensemble Performance.

“When I read Todd Haynes’ shockingly original script for ‘Safe,’ I had no way of knowing that it would change the way that I viewed film forever,” said Julianne Moore, before introducing the director behind this year’s much-buzzed movie “Carol.”

Later in the ceremony, Robert De Niro took the stage to give a regal introduction to Mirren. “Elizabeth the II…Queen, head of the commonwealth, defender of the faith, was not a majesty I’d like to, well…” De Niro said, the room roaring. “That was before I saw her played by Helen Mirren. Helen’s my kind of actor: she inhabits her characters completely, and revels in their human glory.”

And how does Mirren feel about her Gotham award? “Wonderful,” she told WWD before taking the stage. “Especially an independent award here in New York, I think that’s what is for me very exciting, very moving. This is a big, powerful city, with an incredibly strong and thoughtful film industry involved. Many of the critics are here in New York, many of the great actors, the great directors are New Yorkers.”

Onstage, Mirren gave the crowd another story to digest. “This name comes from England,” Mirren told the crowd during her speech, giving a shout-out to the 19th satirical writer Washington Irving, who first tacked on the name “Gotham.” “It was a name given to a village of people who were considered to be very, very stupid. Goats, you see,” she continued. “So the rumor goes that actually the villagers were pretending to be very stupid because they didn’t want to pay their taxes. So actually, they were very smart.”