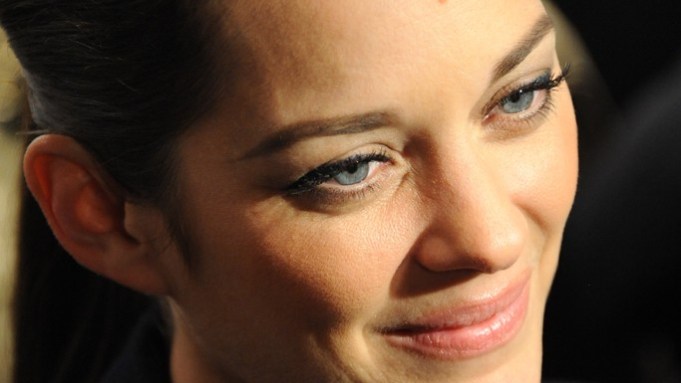 The Gotham Independent Film Awards heralded the beginning of cinematic awards season at New York’s Cipriani Wall Street on Monday night. As with such gatherings, there was no shortage of tuxedos, floor-skimming gowns and star power with Matt Damon, Marion Cotillard, Amy Adams, Ethan Hawke, Billy Crudup and Willem Dafoe all turning up for the bash.

Those partygoers not of the A-list sort skipped the step and repeat and shuffled into the cocktail area stationed on the room’s periphery, fittingly sectioned off by velvet rope. Guests were greeted by skimpily clad Russian Standard cocktail servers — in skintight minidresses and ushanka puffer hats — toting trays of various vodka concoctions in copper mugs.

Cocktail minglers could ogle the Hollywood arrivals courtesy of two massive screens projected above. “Oh my, is that Jared Leto?” one bemused attendee wondered aloud. Indeed, a nearly unrecognizably gaunt Leto, inexplicably without eyebrows, chatted with reporters on the press line. Emily Blunt and Jon Krasinski, who proffered his arm to his wife, mugged while Ron Livingston, waiting patiently at the end of the red carpet, discreetly blew a kiss to wife Rosemarie DeWitt. A pregnant Lara Stone, in a red Jessica Rabbit-esque Calvin Klein number, hunkered down in her dinner seat while most of the crowd was still in the cocktail area.

“I need a rest,” the model said flatly.

A video from Jimmy Kimmel opened up the ceremony, in which the comedian sung the praises of honoree Damon, commending the actor on his contribution to the indie film movement. “We know him from such influential independent films as ‘Ocean’s Eleven,’ ‘Ocean’s Twelve,’ ‘Ocean’s Thirteen,’ ‘Bourne Identity,’ ‘The Bourne Supremacy,’ ‘The Bourne Hypocrisy’ and ‘The Legend of Bagger Vance,’” Kimmel quipped. “No one embodies the spirit of indie like Matt Damon.”

Damon, sporting a recently shorn buzz cut, beamed while a montage of his films played overhead. Tablemate Blunt, snickered with the actor when a clip of the pair locking lips in “The Adjustment Bureau” rolled.

Cotillard received an honorary award in recognition of her film career and was so eager to collect her award, her chair flew back when she stood. “Oh my god, thank you so much,” she whispered in her charming French elocution to the good Samaritan who lifted it back up.

As the ceremony was winding down, some of the night’s famous faces dipped out early to the after party at Andaz Wall Street.

“It’s great because you don’t have to answer to anyone else but yourself,” Duplass said there, speaking to the benefits of making independent films. “That’s just the beauty of it.”