Samuel L. Jackson, David Gandy and Nick Grimshaw were among the guests. 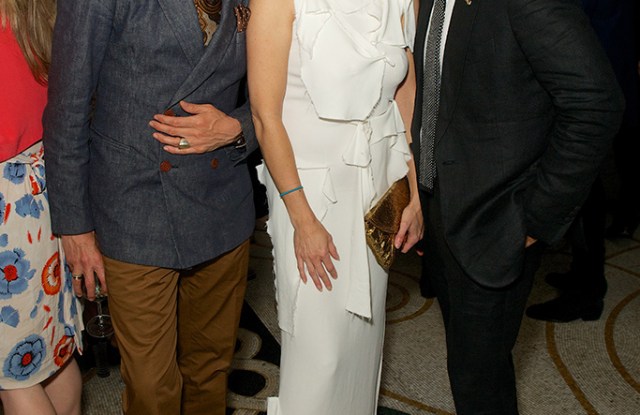 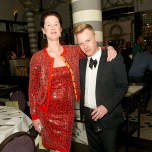 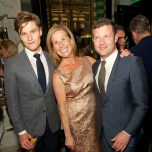 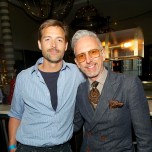 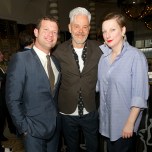 “Get your seatbelt on, it’s gonna be wild,” said model Robert Konjic, as GQ’s seasonal closing dinner for London Collections: Men got under way at Massimo, the restaurant at the Corinthia Hotel Monday night.

It wasn’t the most raucous of nights. As Dylan Jones, host and GQ editor-in-chief gave a speech ahead of the dinner — where guests including Samuel L. Jackson, David Gandy and Nick Grimshaw were in attendance — he admitted that after Saturday night’s DSquared2 party, he’d “lost a few” of his staff to carousing at London’s Groucho Club later in the night.

Konjic wasn’t so lucky — while he said that he’d tried to keep up with fellow London Collections: Men ambassador David Gandy’s myriad outfits during the shows, he’d already had to wear his current houndstooth jacket and black pants combo twice. “That’s almost criminal,” he said.

Designer Matthew Miller, who presented his spring collection Saturday, was candid about losing out to Patrick Grant of E. Tautz in the BFC/GQ Designer Men’s Wear Fund, awarded last month. “I hated not winning; I have a real competitive spirit and always want to win,” said Miller. “I’ve had to be tough. I grew up in the roughest, nastiest council estate [the U.K. equivalent of a housing project] in Stoke-on-Trent, where, if I hadn’t gone into fashion, I for sure would have ended up in jail for dealing drugs or murdering someone.”

Later in the evening, O’Leary confessed he’d skipped out on some of his ambassador duties this season. “I had to go to a wedding on Saturday so I got out of going to the shows over the weekend,” he said, though he had caught Burberry’s show Monday, which was held in a conservatory-like marquee in Kensington Gardens, with the sun appearing on cue.

Konjic mused that Burberry’s chief creative and chief executive officer Christopher Bailey might have friends in high places. “It was like [Bailey] got NASA to call off all the clouds in the sky for the show. If anyone could pull that off, it’s him,” he said.