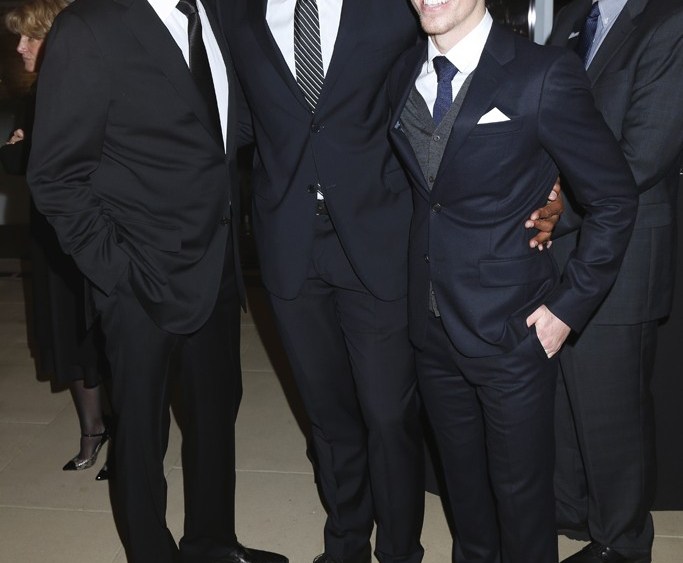 GQ gave Oprah Winfrey a run for her money with the number of heartrending stories recounted at its fifth annual Gentlemen’s Ball at the IAC Building in New York City on Wednesday, which honored outstanding representatives of charitable causes, along with their respective celebrity ambassadors. No narrative was more stirring than that of Corporal Aaron Mankin of Operation Mend, who was severely burned and disfigured in a roadside bomb attack during Operation Iraqi Freedom in 2005, which killed six of his fellow soldiers. Not lost in the tragedy was Mankin’s sense of grace or humor, as he joked about his young sons stealing his prosthetic ears — which were made in America, he added patriotically.

Surveying the glittering room of fashion folk, Willie Geist of NBC’s “Today” show, paid tribute to the “men and women who fight in faraway places so we can sit comfortably in rooms like this.” He added a moment of levity by praising GQ’s determined focus on “the truly important things in these uncertain times,” such as “how to layer a fall button-down with a lightweight Henley.”

Adam Levine was honored for his work with The Teen Impact Program at Children’s Hospital Los Angeles, Kellan Lutz for his involvement with Saving Innocence, Shaun White for his work with St. Jude’s Children’s Research Hospital and Ted Danson for his support of Oceana — with the latter allowed to keep his award despite mistakenly thanking Esquire in his speech.

“He called me Regis this morning, so it’s all good — and we don’t even have red wine in the green room,” quipped Michael Strahan, the evening’s emcee and newly minted cohost of “Live with Kelly and Michael.” Cohost Kelly Ripa was in the dinner crowd to support Strahan, as were Brian Atwood, Anthony Shriver, Anne Heche and James Tupper, Diesel’s Renzo Rosso, Giorgio Armani’s Graziano de Boni, Lacoste’s Steve Birkhold and Armani Exchange’s Harlan Bratcher.

The evening raised $200,000 for the participating charities, bringing the total contributed over the past five years of the Gentlemen’s Ball to $3.7 million.