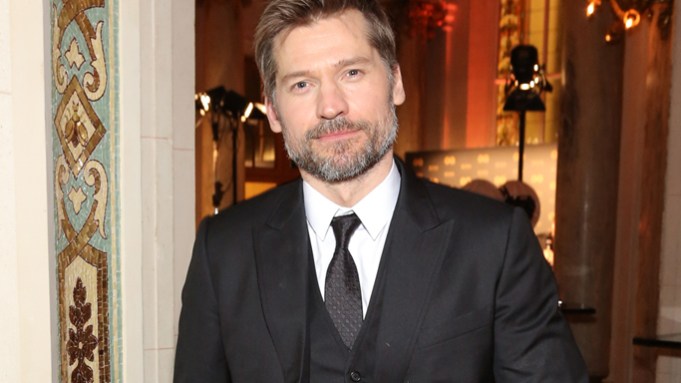 SPECIAL PRIZE: Laurent Sourisseau, aka cartoonist Riss and editorial director of Charlie Hebdo, took home a special prize at the GQ France Men of the Year Awards on Tuesday night at the Shangri-La Hotel in Paris. He received it on behalf of the Paris-based satirical magazine, hit last year by a terror attack that left 12 dead.

“2015 was a very difficult year for all of us,” Sourisseau said. “We did our best so that the paper could survive through the end of the year. We’ll continue to do our utmost so that diversity and freedom of expression live on in France.”

The sixth edition of the ceremony, originally scheduled for Nov. 18, had been postponed following the terror attacks at Paris cafés and concert hall Bataclan on Nov. 13 that claimed 130 lives.

Attendees at the ceremony, held in association with Hugo Boss, included Musician of the Year winner Damon Albarn and International Star of the Year honoree Nikolaj Coster-Waldau of “Games of Thrones.”

Absentee winners included French Prime Minister Manuel Valls for politics and Samuel L. Jackson, who sent a video to accept his prize as International Star of the Year.

“We are savoring our success,” said Vincent Lacoste, named Stylish Man of the Year, as he had a drink with actor Reda Kateb on a terrace overlooking the Eiffel Tower.

Wearing an Acne cashmere coat, Lacoste said he is off to the Berlin International Film Festival next month to present off-competition “Saint Amour,” a film in which his costar is Gérard Depardieu. “It was fun: we followed the wine route: we shot in Angoulême, Beaujolais and Bordeaux regions,” he explained.

Kateb, wearing Lanvin from head to toe, said he’s preparing to play Django Reinhardt in a film by Etienne Comar. “There’s lot of preparation work, both for the guitar and for prostheses. I’ll have black eyes; they’ll die my eyebrows, my hair, etc….It will be two hours of preparation every morning,” Kateb said.

“This cocktail is extraordinary,” said Camille Cottin, named Woman of the Year, while sipping her Bacardi concoction. The actress said she’s to start shooting today a film by “Yves Saint Laurent” director Jalil Lespert costarring Romain Duris and Charlotte Le Bon. “I play a police officer. I am glad: in it, I wear Church’s shoes and pleated pants[…] We start shooting at 6:00 a.m. tomorrow,” she noted.

GQ publisher Louis Orlianges said the annual party — albeit a smaller event than in the U.S. and U.K — is growing every year. The magazine is also to host a second edition of its Style Night on May 26 in the Marais shopping district.

Orlianges said the group is currently studying the market to possibly launch a French edition of Wired towards end of the year.

Paid circulation of GQ France was 98,577 between July 2014 and June 2015, up 0.3 percent from the same period the year before, according to France’s Circulation Audit Bureau.

Leonardo DiCaprio is to front the cover of the March issue of four international editions including the French one, coinciding with the Academy Awards.