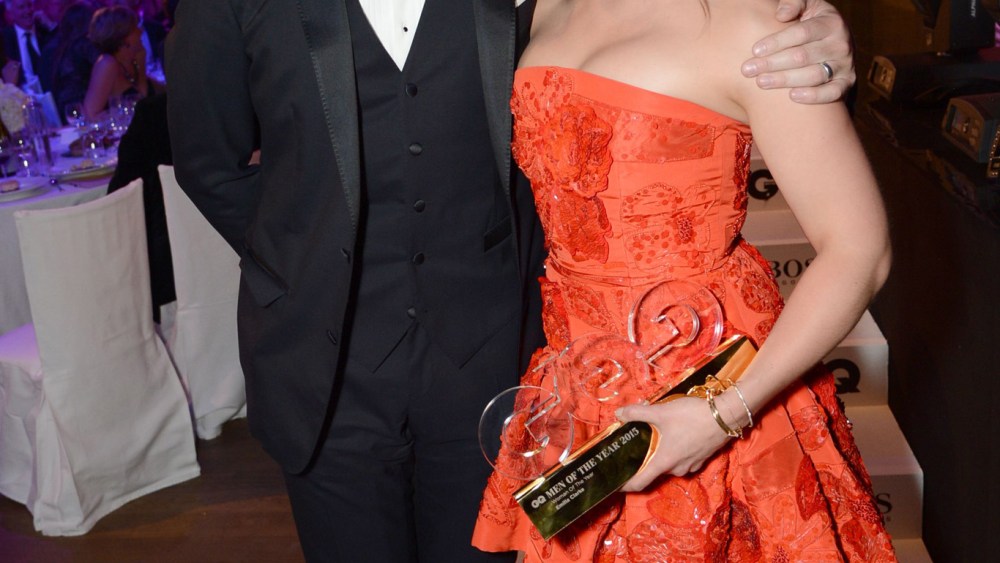 Lewis Hamilton soups up more than just his F1 engines.

At the GQ Men of the Year Awards, in association with Hugo Boss, at The Royal Opera House in Covent Garden, he was sporting a new pair of very twinkly diamond studs. “They’re eight carats each, from Graff, I picked them up today,” he said. “I used to wear a four-carat pair, but now I just wear them for driving.”

That’s quite the upgrade — but entirely fitting for the winner of Sunday’s Italian Grand Prix.

The tone of the evening was immediately set by the two dozen, dashing tuxedoed male models who lined the red carpet approach to the venue. “There were a few cheeky ones in the mix,” said Patrick Marshall, head booker at AMCK Models. “We had to tell them to stand down and behave.”

Jackson was in full comedian mode as host for the evening. He said that GQ had a long history of showing men how to dress by being “not too intimidating, not too feminine, not too tough, not too metrosexual…in essence, like they got dressed in the dark.”

“There’s so many people here tonight, the Groucho Club and the Wolseley must have thought there’d been a bomb scare,” he said, referring to two major watering holes in central London.

“There’s so many people here tonight, the Groucho Club and the Wolseley must have thought there’d been a bomb scare,” he joked, adding that, “David Gandy has completely revolutionarised the way men get depressed when they put on their boxers.”

Guest Amber Le Bon had family-related plans in the works for the weekend, and was planning to see dad Simon perform tracks from the new Duran Duran album at Bestival, on the Isle of Wight, England.

“I haven’t seen him perform yet, but I’m heading down this weekend to see him play,” she said. “Then I have to go straight to New York for the shows. I’m packing all my CDs in case I need to do some last-minute DJing.”