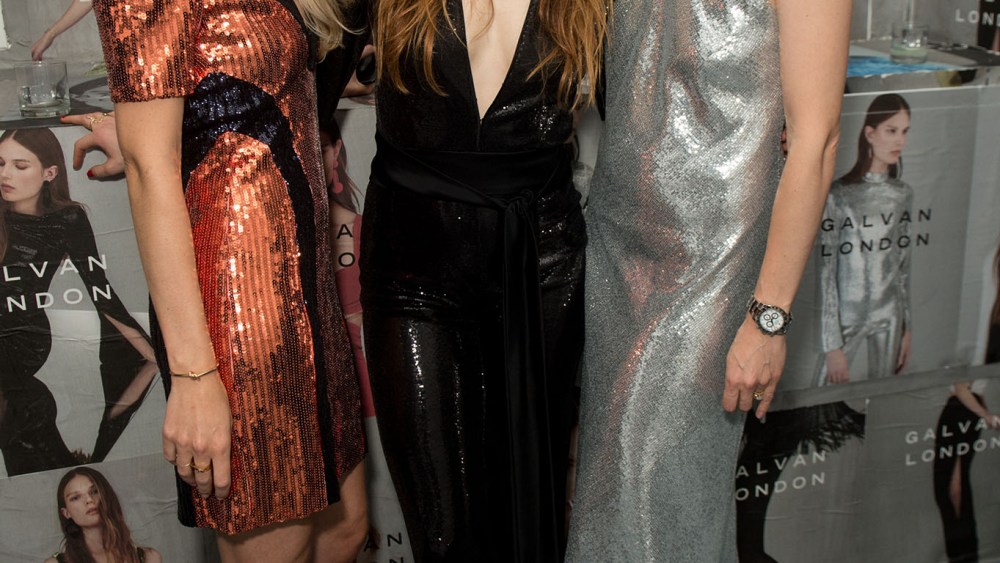 The girls of Galvan warmed their newly opened New York boutique Thursday night, where they were joined by friends of the brand Grace Gummer, Zosia Mamet and Nicky Hilton for a party in the SoHo shop and a dinner at Piccolo Cucina.

Team Galvan — Anna-Christin Haas, Carolyn Hodler, Sola Harrison and Katherine Holmgren — softly opened the store a few months ago but waited until Thursday to christen it.

“First of all, who wouldn’t want to be [in Soho],” Harrison said. “All of us I’d say have spent a lot of time in SoHo, whether it was 10 years ago, 20 years ago. Carolyn and I went to college together in Boston and our best friend lived here on West Broadway. We just got in last night and saw [the store] for the first time; we were walking down West Broadway and saw the flag and it brought tears to my eyes. We used to hang out here all the time.”

The Iceland native continued on about the appeal of downtown New York for the Galvan woman.

“Just balmy nights, sitting outside with a glass of wine, bumping into people. That’s what I love about New York; it’s a city where you bump into your friends,” she said. “It’s fantastic. And that is really rare. There aren’t many cities where you do that. When I come from, Reykjavik, it’s so small you do, but London, L.A., you don’t bump into your friends. And I love that. Last night I went out to dinner and I think I met 10 of my friends just walking down the street.”

Getting Ready for the CFDAs With Kelsey Asbille