Grammys weekend came to a close with the Universal Music after party, drawing Lorde, Eve, Calvin Harris and more. 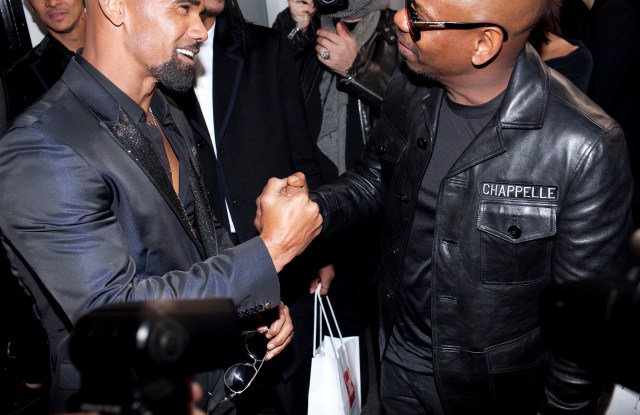 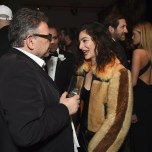 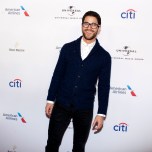 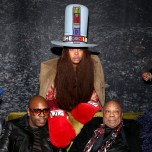 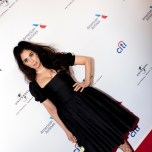 While the move east for the Grammys was largely a success, as far as celebrity pull and parties were concerned, it seems the Los Angeles after-party circuit can definitely be crowned the victor. The usually starry Universal Music after party had a weaker pull this year than its West Coast iteration — perhaps Jay Z and Beyoncé had trouble finding a cab leaving MSG?

Now that the awards had been doled out, there was no longer a need to campaign; the majority of big names skipped the after-party red carpet entirely, choosing instead to mingle about on sofas upstairs in Spring Studios. By midnight, the only VIP guest to arrive was Sting, joined by Shaggy; the duo were attached at the hip throughout the weekend. Darren Criss was an early arrival, hamming it up for the cameras inside by the bar. Calvin Harris, given away by his height, worked his way around the room close to 1 a.m., posing for photos with Zedd and the occasional selfie-seeking fan.

Erykah Badu, who took over DJ duties as the night wore on, lounged with Dave Chappelle and Quincy Jones; Trevor Noah nodded along to the music as he circled the room; Eve glittered in a red sequined suit jacket from deep on a couch, and Lorde sat discreetly on the arm of a chair, having brought her sister along as her date for the night. Fashion personalities such as Jennifer Fisher and Imaan Hammam were also spotted in the crowd.

“I’m not really doing any press right now but sure, I’ll do it,” Dua Lipa said, enthusiasm palpable, when asked about her Grammys weekend. The English singer is set to appear on “Saturday Night Live” this upcoming weekend as the musical guest. “I haven’t started [rehearsals], but I’m very excited. I’m very nervous,” she added. “I’ve got a few things up my sleeve that I’m planning.”

Guests were entertained by experiencing an American Airlines-branded brainwave reading, of sorts, but as for the celebs? The move was to sit back, look cool and get in one last schmooze with a label executive before the weekend’s close.