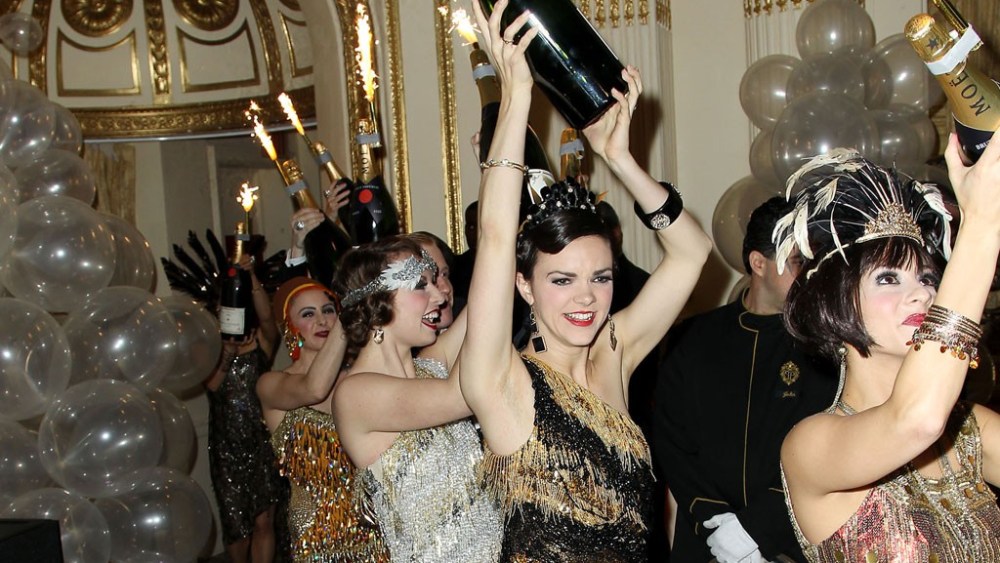 It was a setting where Jay Gatsby would have felt right at home. The Moët & Chandon Champagne was flowing like water, chandeliers were draped in feather boas, flappers danced on the bar and everyone enjoyed a decadent spread of food in the gilded Grand Ballroom of The Plaza hotel in New York for the after party for the worldwide premiere of “The Great Gatsby” on Wednesday night. The screening was at nearby Avery Fisher Hall at Lincoln Center.

Director Baz Luhrmann said there was really no other place he considered for the film’s premiere since author F. Scott Fitzgerald lived “not 20 miles from this place,” and New York City represented his “shimmering mirage. So we had to open this film here in this city.”

The over-the-top after party, where dancers hoisted 1921 vintage Moët & Chandon bottles, drew the film’s entire cast, although leading man Leonardo DiCaprio was protected from the masses by a number of beefy bodyguards. Other celebs were more accessible, including Jake Gyllenhaal, Amitabh Bachchan, Joel Edgerton, Sacha Baron Cohen (mingling with his wife, Isla Fisher) and Gabriel Byrne.

Martha Stewart, who worked the room snapping photos with a point-and-shoot camera, said she “expected more costumes” in the film but called it “well done.” Tommy Hilfiger, whose apartment in The Plaza was used in the film, said he believes the movie “will have an effect on fashion. Gatsby has always inspired me and I’m happy that it’s being celebrated. It reconfirms that this is still a good look.”