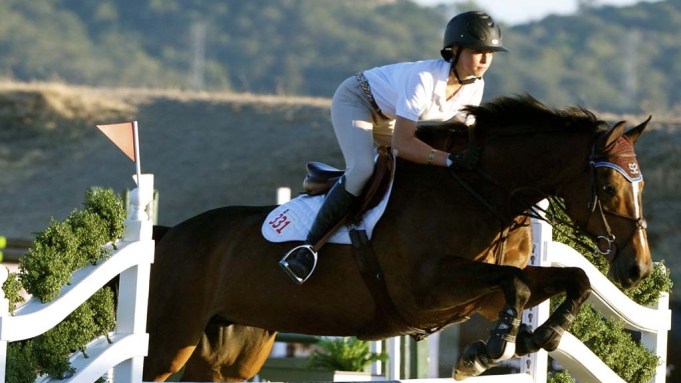 California champion riders Hope Glynn, Ransome Rombauer, Ashlee Bond and Eve Jobs (daughter of the late Apple Inc. founder) were among the chic equestriennes at Barclays’ Six-Bar & Gala on Saturday, at the Sonoma Horse Park in the Northern California enclave. Gucci sponsored the Giant Steps Charity Classic, which showcased top regional and national equestrians from across the country from July 31 to Aug. 4. The two title events of the weekend — the Barclays’ Six-Bar & Gala on Saturday evening and the $30,000 Shaklee Grand Prix on Sunday afternoon — were both presented by Gucci. Each benefited the programs at Giant Steps Therapeutic Equestrian Center.

“I’m so happy to be here to see these wonderful and fearless riders jumping so well,” said Hannah Selleck, a Grand Prix champion rider and champion horse breeder based in Southern California. Selleck showed several of her horses at the Gucci Masters equestrian competition last year in Paris, and spends the year competing on the top international equestrian circuits.

Vanessa Getty drove up from San Francisco and made one of her rare appearances for the summer.

“We’ve been with family in the south of France, and in Paris and London and Hawaii, so it’s lovely to be home, and great to see this equestrian event,” said Getty. “It’s my first time at the show, and I can’t wait for next year.”