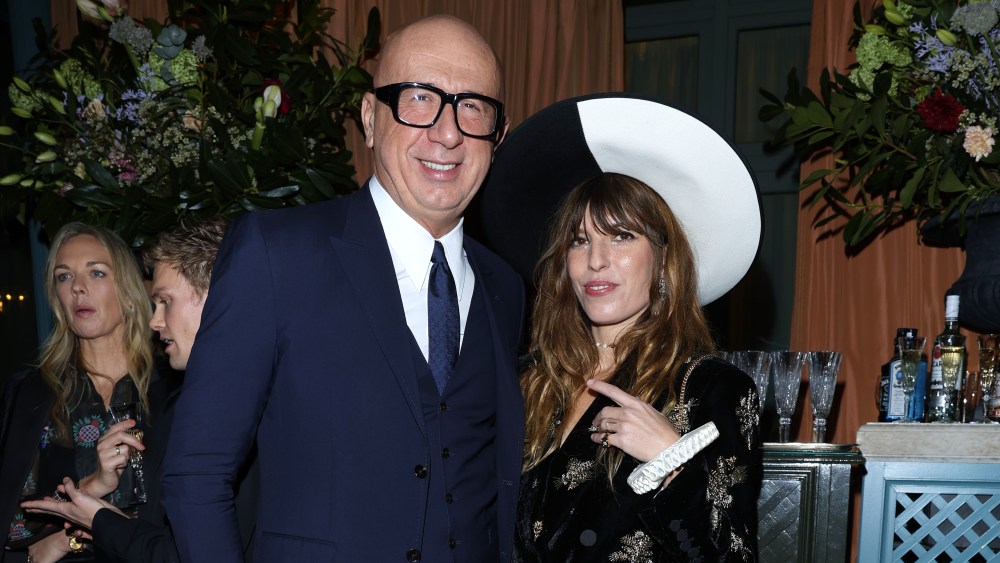 Lou Doillon was easy to spot at the Ritz in Paris on Tuesday night. Attending the lavish dinner Gucci hosted in honor of its Hortus Deliciarum high jewelry collection, the singer and actress topped her pantsuit with a wide-brimmed, two-toned hat that was visible across the crowded cocktail party.

She described her look, accessorized with wrist ruffs and a handbag shaped like a strawberry, as a melange of Elizabeth I, Jade Jagger and Right Bank Parisian chic, with a soupçon of magician.

Doillon said she’s working on a new album and readying a Paris exhibition of recent drawings, all self-portraits, but without her face.

“I call them visions from above — it’s a strange thing where I draw my own body, from my own point of view,” she explained. “I just had a baby and I did it through the whole pregnancy on the strange transformations of the body, and ending up the whole story with breastfeeding.”

Sienna Miller was easy to spot because of all the diamonds glittering from the three necklaces from the Hortus Deliciarum collection filling the V neckline of her gossamer dress.

In November, she wrapped filming “Horizon,” the first of four Kevin Costner films about the American Civil War.

The period costumes, she enthused, are as dazzling as the script. “Actually my favorite part of the costumes is the undergarments. If I could only wear the corset and the long johns and the little blouse I would. I might actually start running around the world in that,” she mused, noting she returns to Utah in April to start work on the second chapter of the epic Western.

Gucci chief executive officer Marco Bizzarri also welcomed the likes of Carla Bruni, Tina Kunakey, Diane Kruger and Rosie Huntington-Whiteley to the party, which climaxed with a lavish dinner in the gilded rooms that will eventually house the gastronomic restaurant L’Espadon, slated to reopen later this year.