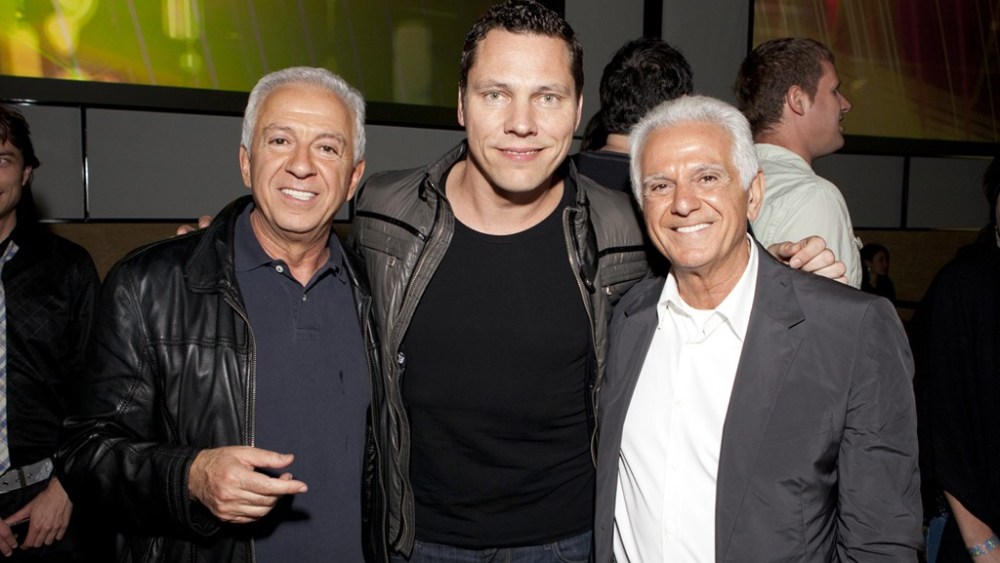 GUESS’ BIG 3-0: Guess celebrated its 30th anniversary by welcoming more than 1,000 guests to its Los Angeles headquarters on Thursday night. The “creative campus,” which resembles a Hollywood studio in scale, was tricked out with window displays of iconic ads and giant movie screens surrounding the outdoor spaces, which included a runway, a dance floor, a cigar lounge and various food stations ranging from paella to pizza. “This is our world, and I wanted to share that with everyone,” said Paul Marciano. “Thirty is already such a milestone, but I hope what we built will be around for a hundred or more years, long after I’m gone.”

Among the guests was MOCA director Jeffrey Deitch, who was impressed by the setting. “This really captures the whole ethos of it all,” he said. Also on hand were models and photographers from past and present campaigns, including Daniela Federici and Larissa Bond. “Working on the Guess campaigns for two years was literally a dream come true,” said Bond. “I remember being 14 years old in Uzbekistan and seeing the ads with Claudia Schiffer and wanting to be her. A few years later, when I had been discovered, I happened to be in Los Angeles when Paul Marciano came across my picture and asked me to be in the ads. It changed my life.”