By Joelle Diderich and Laure Guilbault on May 4, 2012
View Slideshow 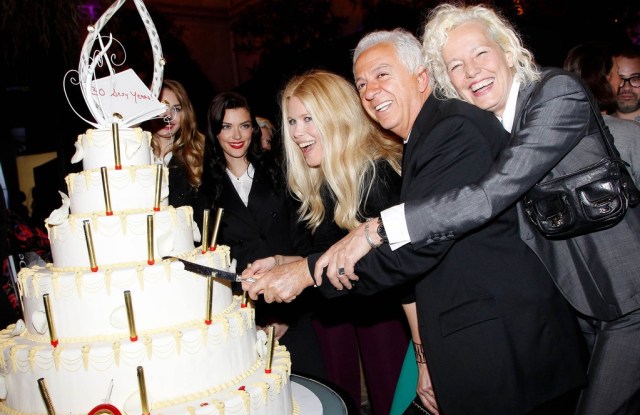 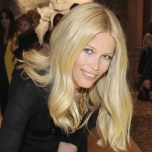 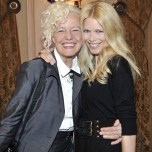 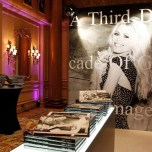 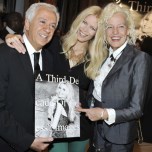 PARIS — Three was the magic number on Thursday night as Guess chief executive officer Paul Marciano, model Claudia Schiffer and photographer Ellen von Unwerth reunited at the Four Seasons Hotel George V in Paris to celebrate the 30th anniversary of the clothing brand. The trio, who credit their joint Guess campaign in 1989 as launching their respective careers, triggered a mob scene as well-wishers grabbed copies of the coffee-table book “A Third Decade of Guess Images” and clamored for autographs.

Marciano marveled at the brand’s journey from a 700-square-foot space in downtown Los Angeles to a global company with 12,000 employees. A guest held out a copy of the book, flipped open at the iconic shot of Schiffer wearing nothing but a bustier, hoop earrings and tousled blonde locks. “If I had to pick a single photo out of my entire life, these 30 years, it would be that one,” Marciano said, as he signed the page. “It’s the photo that changed her life and that changed life for Guess.”

Schiffer, wearing a belted black sweater with green leggings and leopard-print heels, said she hit it off with von Unwerth straight away. “We were both just starting out, no one knew who we were,” she recalled. “I owe everything to that, because there was a big explosion from then onward.”

Giant screens dotted throughout the patio and library of the hotel displayed images and film footage of the 30th anniversary campaign, which reunited photographer and model — and it was hard to tell them apart from those shot 24 years earlier.

“She gets in front of my camera and there’s just this chemistry between us, and it’s just like 20 years ago. She has such an amazing aura and sensuality, and it’s just always really fun,” said von Unwerth. “We are a good combo.”