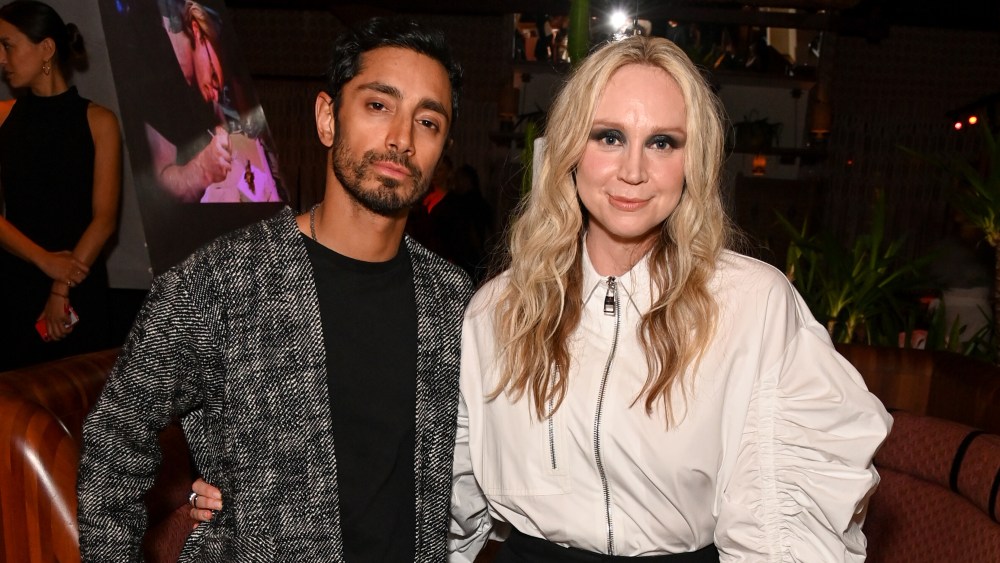 Leading figures from fashion, art, entertainment and philanthropy gathered at the top floor of The Standard hotel, which offers a sprawling view of the London skyline and the gothic revival masterpiece St. Pancras station across the street, on Tuesday night to raise funds for the Sarabande Foundation, the charity established by Lee Alexander McQueen to help creatives to realize their vision and pursue their careers.

The event, “Dream With Sarabande,” was hosted by British actress Gwendoline Christie. She gave a heartfelt speech about her friendship with the late designer, alongside Sarabande’s chief executive officer Trino Verkade (who wore a striking black Schiaparelli dress adorned with gold metal by Daniel Roseberry), and McQueen’s longtime friend Camilla Lowther.

“I have been a fan of Lee’s works since I first saw it in the magazines, around the same time that Isabella Blow was the editor of The Sunday Times Style. For me, this was when the Sunday Times style burst into life and became this extraordinary fantastical editorial feast of dreamscape and museum,” Christie said.

“Included in the selection of designers that I’ve never seen before was a newly graduated Alexander McQueen. And those images, I put them on my bedroom wall and stared at them transfixed, because I felt that a designer very much there was executing everything I loved best. Theater, personal dreams, complex personality and a new aesthetic, which referenced the world from history into the future,” she added.

The night also featured an interactive performance by Sarabande artist Daisy May Collingridge and her band of Squishies, as well as an exclusive preview of the book Bound, which includes a run of 100 limited-edition collection of artworks from 30 artists. Many of them have been supported and mentored through the Sarabande Foundation.

Each book is individually hand-bound in hand-embroidered linen in the traditional Japanese Furoshiki style.

Verkade of Sarabande said, “Bringing together fearless creativity and some of the world’s finest papers, Bound is a collector’s item bursting with art. Binding individual works onto paper to create one larger work of art, Bound touches on the sense of unity within Sarabande and embodies this relationship between paper and book, between the artist and Sarabande.” The book will officially be released on Nov. 24.

To raise money for Sarabande, dinner guests can pledge to acquire a copy of the book for 2,500 pounds, but if they want to choose the artworks that went into the book, that would cost a premium at 15,000 pounds.

Swinging to the Music at Sarabande