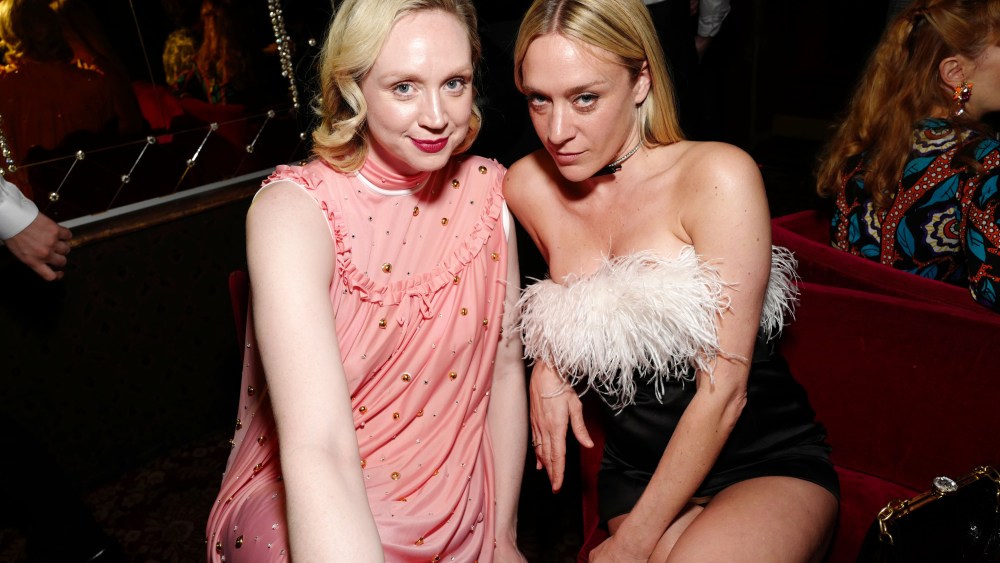 PARTY TIME: After nine full days of fashion shows, the mood was definitely relaxed at the Miu Miu after party, held on Tuesday, the last day of Paris Fashion Week, at Parisian night club Raspoutine.

The host of the evening was Alexa Chung, who was giggling away with her pals Pixie Geldof and Poppy Delevingne. “My tip for a great party is to have excellent alcohol choices and excellent music,” she said. “Preferably different alcohol on different floors.”

What’s the British model-turned-designer’s tipple of choice? “Whiskey and coke,” she laughed. “But tonight I’m drinking red wine cause I’m in France.”

“My favorite cocktail is a Molotov cocktail,” the “Games of Thrones” star deadpanned, much to Chloë Sevigny’s delight. “Mine is a dry martini with a twist,” Sevigny offered. “I don’t like it dirty.”

While Russian stylist Lotta Volkova fittingly swears by Moscow mules, Joséphine de La Baume was teetotaling that night. “I’ve just had a fantastic sparkling mocktail, but I’m not sure what was in it,” she said. Is she doing Dry March? “No, I’m just doing it for as long as it feels good.”

The French actress and singer, who is about to film the next “Kingsman” movie, offered essential tips on how to recover after fashion week: “Go away somewhere, isolate yourself, open a book, throw your phone in the trash and forget it ever happened.”

For Amandla Stenberg, of “Hunger Games” fame, and Australian actress Eliza Scanlen, who appeared in the HBO series “Sharp Objects,” the best way to relax is to get lost in words.

“Right now I’m reading Audre Lorde’s autobiography, which is really good stuff. I would for sure recommend it, it’s really beautiful,” said Stenberg, who is writing the script for her first short film, in partnership with Refinery29.

As for Scanlen, she’s just finished George Orwell’s “1984” and is planning to follow it up with Haruki Murakami’s “1Q84.”

Maybe they should join a book club? “I would love to be part of one,” Stenberg exclaimed, before turning to Scanlen: “We have to get one going.”