Paltrow and Netflix hosted a dinner to celebrate "Gypsy" — and dinner conservation landed on female desire. 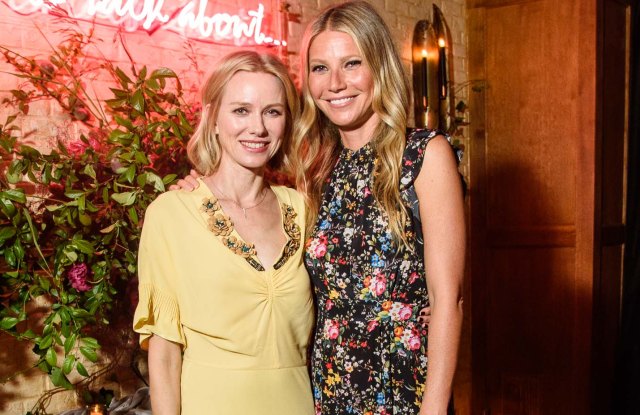 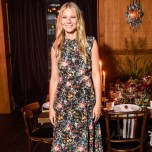 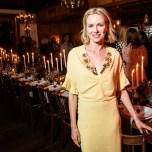 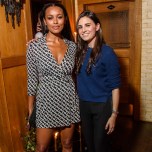 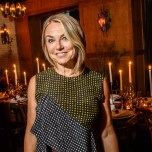 Who are you when no one is watching? What’s your secret desire and what’s holding you back from going after it?

As Gwyneth Paltrow and Naomi Watts mulled over their answers to those deep questions on Thursday night, an intimate crowd filed into the second-floor private dining room at Dirty French. A fitting location, given the theme of the evening: desire.

Echoing that, there were many forbidden fruits on display. A plum, carefully placed in the center of each dinner setting. A spread of pomegranates and berries littering the long candlelit dinner table for 20. Watts, who per p.r. instruction, was not under any circumstances to be quoted at any point. Which was a shame, since the actress stars in the recent Netflix series “Gypsy,” which the room had in fact come together to celebrate.

Paltrow, and by extension her lifestyle media outlet Goop, took up hosting duties along with Netflix and psychotherapist Esther Perel. To promote intimacy, the evening began with each seated guest introducing themselves.

“When we started talking about how we might celebrate my old friend Naomi [Watts]’s new show — which I haven’t seen yet, but which everyone’s obsessed with — we thought it would be really interesting to create an intimate dinner where it was women only, where we could talk about some of the themes of the show: women’s sexuality and desire,” Paltrow told the room, shortly before the all-male waitstaff passed around a course of oysters and pens to write down their answers to the questions presented before them on “desire cards.”

“[Perel] is one of the most brilliant people I’ve ever met in my life,” Paltrow added before passing the room over to Perel to answer the stack of questions and then some. “And I’ve had to eat dinner with Elon Musk.”

Expectation in the room was palpable. What turns desire on? What turns it off? What assumptions are made about female desire, and why? What’s up with the allure of a “bad boy?” How do you keep the flame of a relationship alive after one, five, 30 years?

For Perel, the secret to her relationship with Goop so far has been authenticity. “It’s always a pleasure to work with an organization or a platform where you feel that they get you. They’re not asking you to be something else,” she said. “When I enter a culture where I can contribute from that place, it’s generally a wonderful relationship.”

So what did Paltrow and Watts write down on their cards?

One thing that’s not secret: Paltrow has been under fire for Goop’s promotion of Yoni eggs, semiprecious stones meant to increase intimate muscle tone and “feminine energy.” And surprise — each guest was gifted a Goop Yoni egg on their way out the door. That’s intimate for ya.

The atmosphere at the dinner.  Hannah Thomson