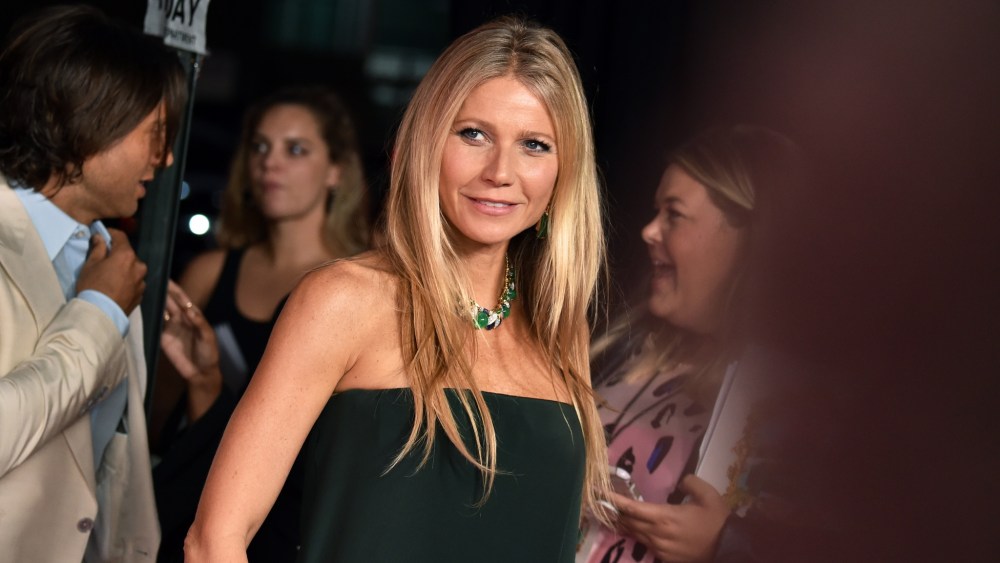 Working with your spouse is not always the most advisable move, but usual rules don’t apply when it’s Gwyneth Paltrow.

Since the couple met on a set back in 2014, they’re used to working together. Paltrow said they “definitely did not” come home after a long day of work and feel the need to sit in different rooms to decompress or get away from one another.

“Working with Brad is great,” she said. “He’s so smart and calm and really fun to be with.”

While shooting “The Politician,” Paltrow juggled her responsibilities at Goop with filming, often flying to the lot the day she was scheduled to be on camera. For the next couple of weeks, her schedule of doing press rounds for “The Politician” and working on Goop is “pretty contained.”

“I’m just here for a couple days and then I go back to my day job on Monday in Los Angeles,” she said brightly, adding that she wore a jumpsuit that night from G. Label, the Goop fashion line.

“It’s growing a lot. I think the idea behind it is sexy, working-mom kind of clothes,” she said. “It’s always classic with some kind of little twist, and it’s taking off, we’re having fun with it.”

Down the carpet, Midler stopped to smell clusters of flowers that had been mounted onto the decorative, Pepto-Bismol pink wall surrounding the matching carpet. Dylan McDermott wore a snazzy black fedora and stood against the wall, surveying the people before him. Indya Moore initially declined to do interviews, but then came back and did a few. Boynton, wearing eye makeup reminiscent of Twiggy, gave hugs to David Corenswet.

Corenswet, who plays River in “The Politician,” recently signed on to star in Murphy’s next Netflix effort “Hollywood.” Murphy pitched Corenswet the idea and sold him instantly after detailing the subject matter.

“It was like he had taken a time machine into my childhood, pitching Forties Hollywood and old movies,” he said. “I grew up on that kind of thing. On Fred Astaire and Ginger Rogers and the Marx Brothers. That’s always attractive for an actor, to feel seen and have a creator see what you can do that you haven’t done yet.”

Despite the hype surrounding “The Politician,” some critics have given it lukewarm reviews, saying it’s just shy of a great show. The criticism didn’t faze Brennan, who joined Falchuk for a quick discussion on the issue just before the screening began.

“I mean, it’s all good,” he said. “There’s a little bit less of an onus on that with streaming. By the time anybody reads an article or a review, they’ve already seen the show and formed their own opinions.”

Falchuk clapped Brennan on the shoulder and started walking off the carpet. “I’m going to go inside,” he said. “You’ve got this.”