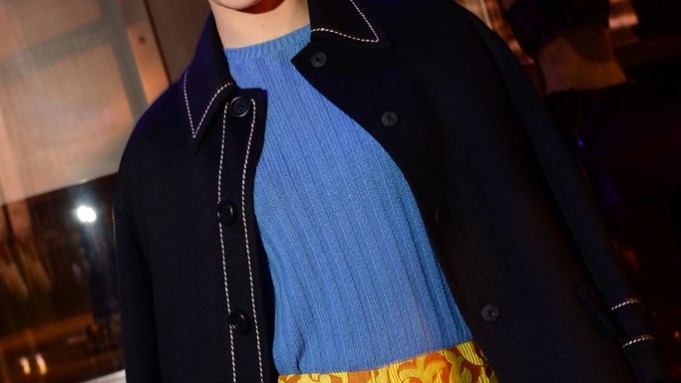 HAILEE TALKS PRADA: “This is, like, a very Prada moment,” Hailee Steinfeld said on Thursday night. For a just-turned 18-year-old, she knows what she’s talking about. The actress has already earned herself “friend of the brand” status with Prada. It’s a relationship forged four years ago, when the house booked the then-14-year-old, fresh off her breakout performance in the Coen brothers’ “True Grit,” in their Miu Miu fall 2011 campaign and she’s been a front-row standby ever since. And, it should go without saying, she’ll be at any Prada or Miu Miu parties. This is what she was doing at the Prada SoHo store where other, albeit less-predictable notables — Kesha, Zosia Mamet, Dwyane Wade and Gabrielle Union — were circulating. The space was ready for a party. It had been bedecked in disco-era trappings from Michael Wilkinson and Tim Martin, commissioned by Miuccia Prada for the latest of her “Iconoclasts” series. “It’s a lot to take it. It’s just spectacular,” Steinfeld said, her eyes widening. She was standing under a gold-tinged mannequin with gold rays sprouting out of its head, swinging on a gold swing. “That is insane, in a good way,” she said of the golden, luxury sex swing. “I kind of want it in my bedroom.”