“It was like being a kid in a candy store as a creative to just literally cut up things and try all types of ideas,” said Heron Preston, celebrating his limited-edition collection with Levi’s Saturday night.

The rain didn’t stop designers, musicians, and models from partying past midnight Saturday at the Levi’s Haus in West Hollywood.

The brand’s creative space and VIP showroom was decked out in Levi’s 501 history, as well as images from Hailey Baldwin’s new campaign with designer Heron Preston, who created two limited-edition pairs for the 146 birthday of the denim style. “I started visiting the Eureka [Lab] in San Francisco where I’m from so that’s a cool similarity with the brand and myself — we’re both from San Francisco, so I got to hang out with my parents,” said Preston, laughing. “At Eureka, it was a playful process. All these different printing machines and dyeing stations and seamstresses…all different types of washes I could choose from. It was like being a kid in a candy store as a creative to just literally cut up things and try all types of ideas.”

The final result is a men’s jean with tie-dye front and a women’s pair with orange fabric poking out of artful rips. They launch on Levi’s 501 Day, May 20. 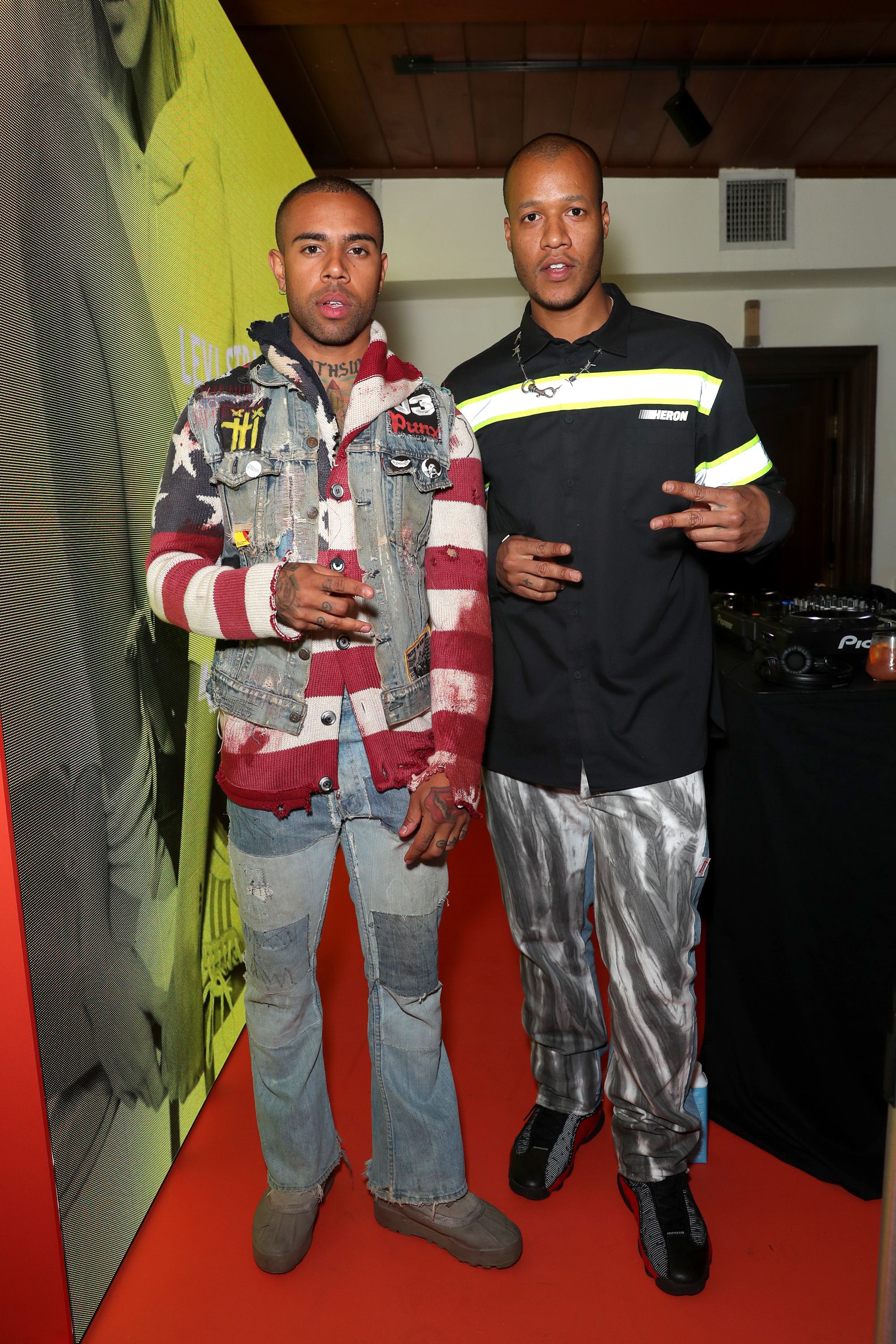 Baldwin arrived to the party early prepared for the L.A. chill, wearing a black studded-leather jacket with her 501s. After saying her hellos to friends, she stayed inside the house away from the rain, musing about her partnership with Levi’s and her first experience with the brand.

“It goes really, really far back, like stealing it from my parents or taking a jean jacket from my dad,” said the model, who admitted she wears jeans pretty much all the time. Though she won’t wear just anything denim. “I don’t like denim shoes. Some people do that, like the denim boots.”

After a member of her team reminded her about what else she won’t wear, Baldwin said almost guiltily: “No, I don’t like a denim skirt.”

Partygoers got to experience some of Preston’s creative process themselves by taking white 501 jeans, denim jackets, and 501-emblazoned sweatshirts and hitting tie-dye stations with the help of artist Ev Bravado from Murder Bravado. There was also screen printing and custom embroidery to further deck out the denim.

Outside in the drizzle, model Jessica White, wearing denim cut-offs, pink fur, and thigh-high boots, as well as Cody Simpson, and Joan Smalls, sipped on Tito’s Vodka cocktails and snacked on vegetable and margherita pizza. 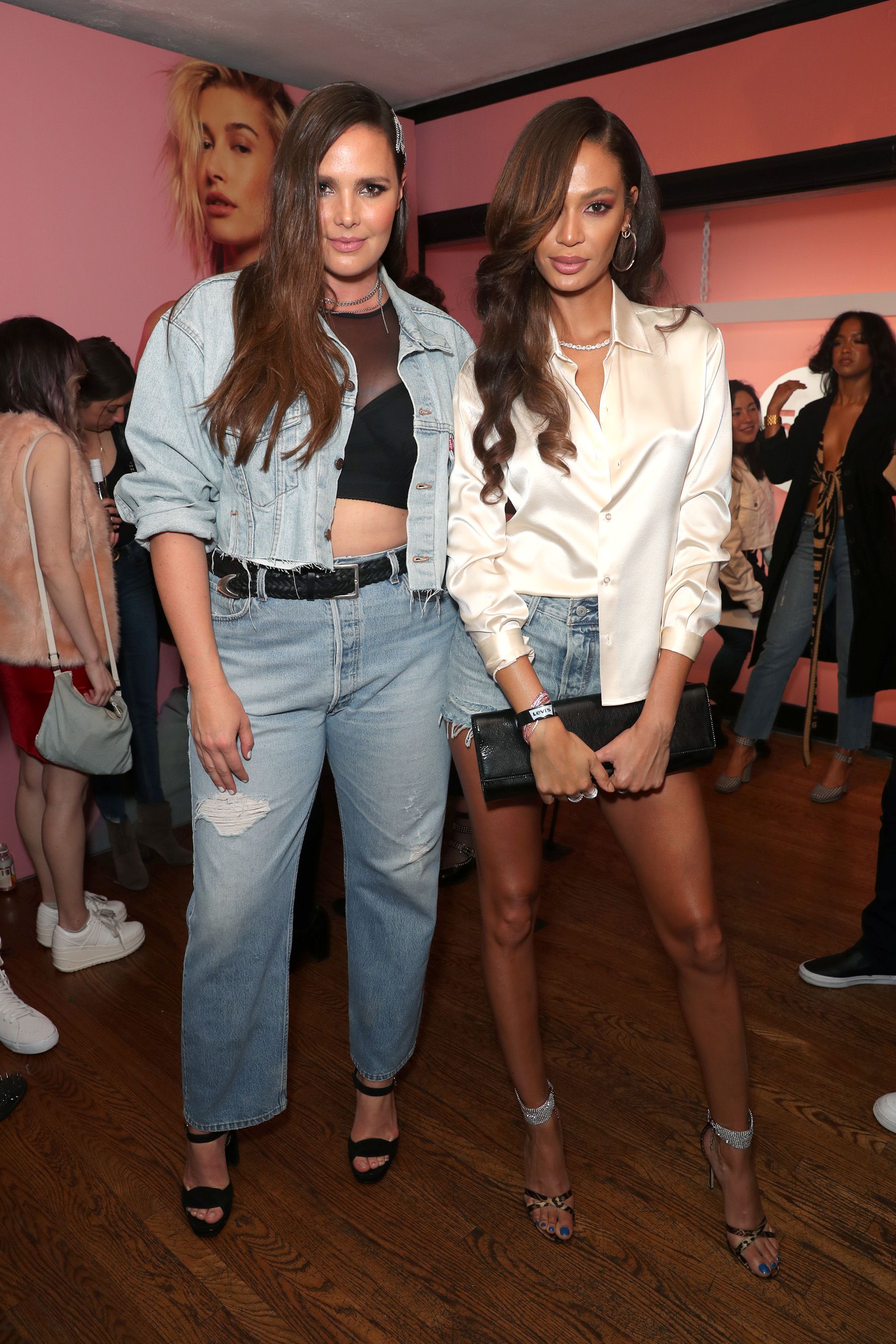 Model Candice Huffine, the face of Levi’s plus-size collection, wasn’t letting the rain cramp her style, but admitted she probably “shouldn’t have had super-straight hair today.” Wearing all vintage denim, Huffine gushed about the ease of a high-rise. “The higher waist is what moved me into crop-top land. This is my first crop top tonight!” she said. “I feel sexy and daring. Coming from Coachella with Levi’s, I wanted to elevate the T-shirt and jeans.”

At 11 p.m. everyone gathered inside for Jaden Smith’s performance. “Shout-out to Levi’s for having me here,” said Smith, wearing a black sweatshirt and showing off new bright-pink hair. “I just got off tour and it’s lit to be back in the city.”

Smith’s friends, singer Harry Hudson and actor Moisés Arias of “Hannah Montana” fame, jammed out to Smith’s three-song set. When asked about his first pair of Levi’s (he’s often spotted wearing his own take on the jeans), 20-year-old Smith said he needed to think it over as his team recounted their own childhood denim stories. 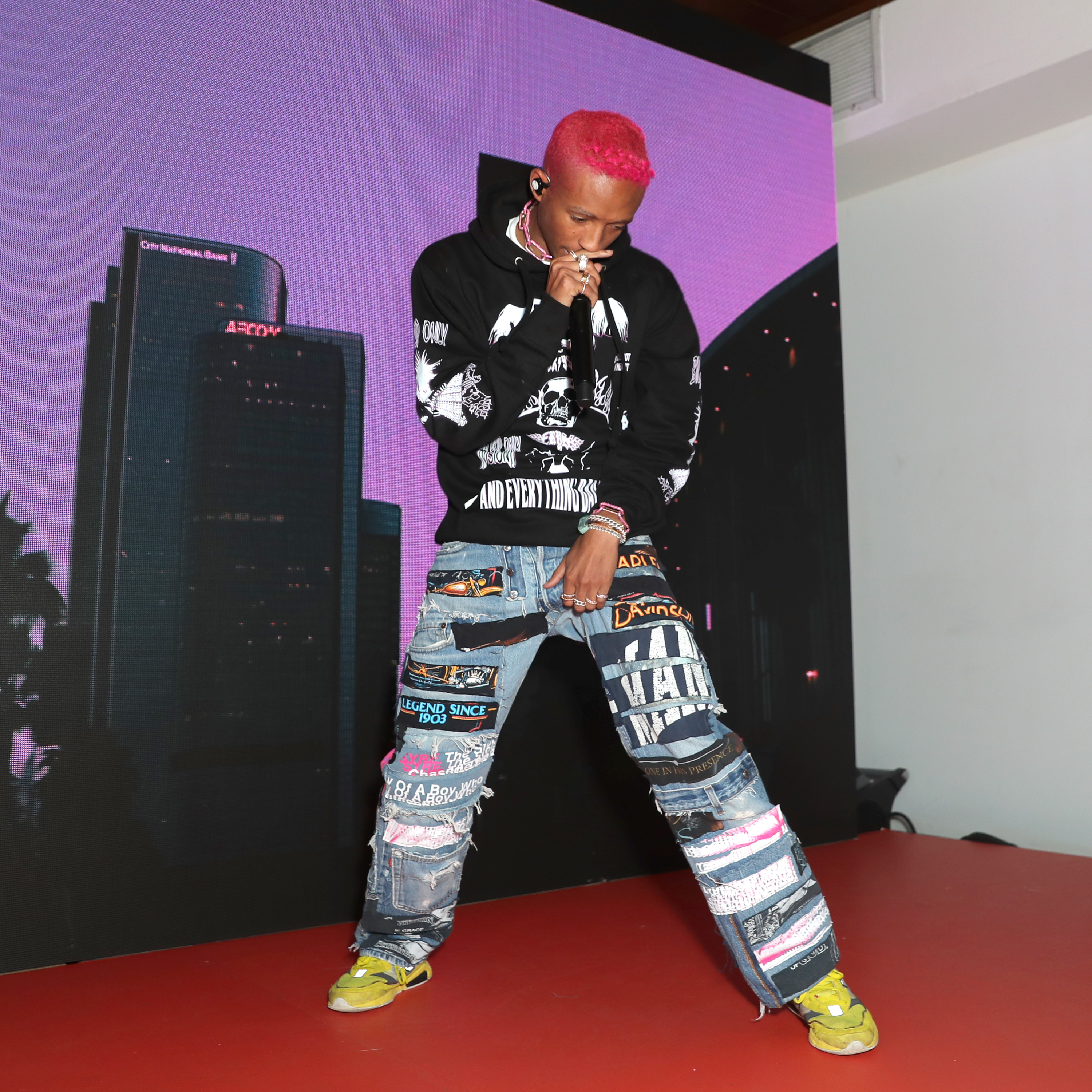 After Smith, Preston took over as DJ, keeping the party’s energy up as drinks continued to flow. Toward the end of his set, he played Migos’ hit song “Hannah Montana” as a group of girls, laughing, looked around for Arias.

As the temperature started to drop towards the end of the night, many donned 501 sweatshirts — with hoods up to protect from the rain. Said one partygoer: “People in L.A. don’t even own umbrellas.” 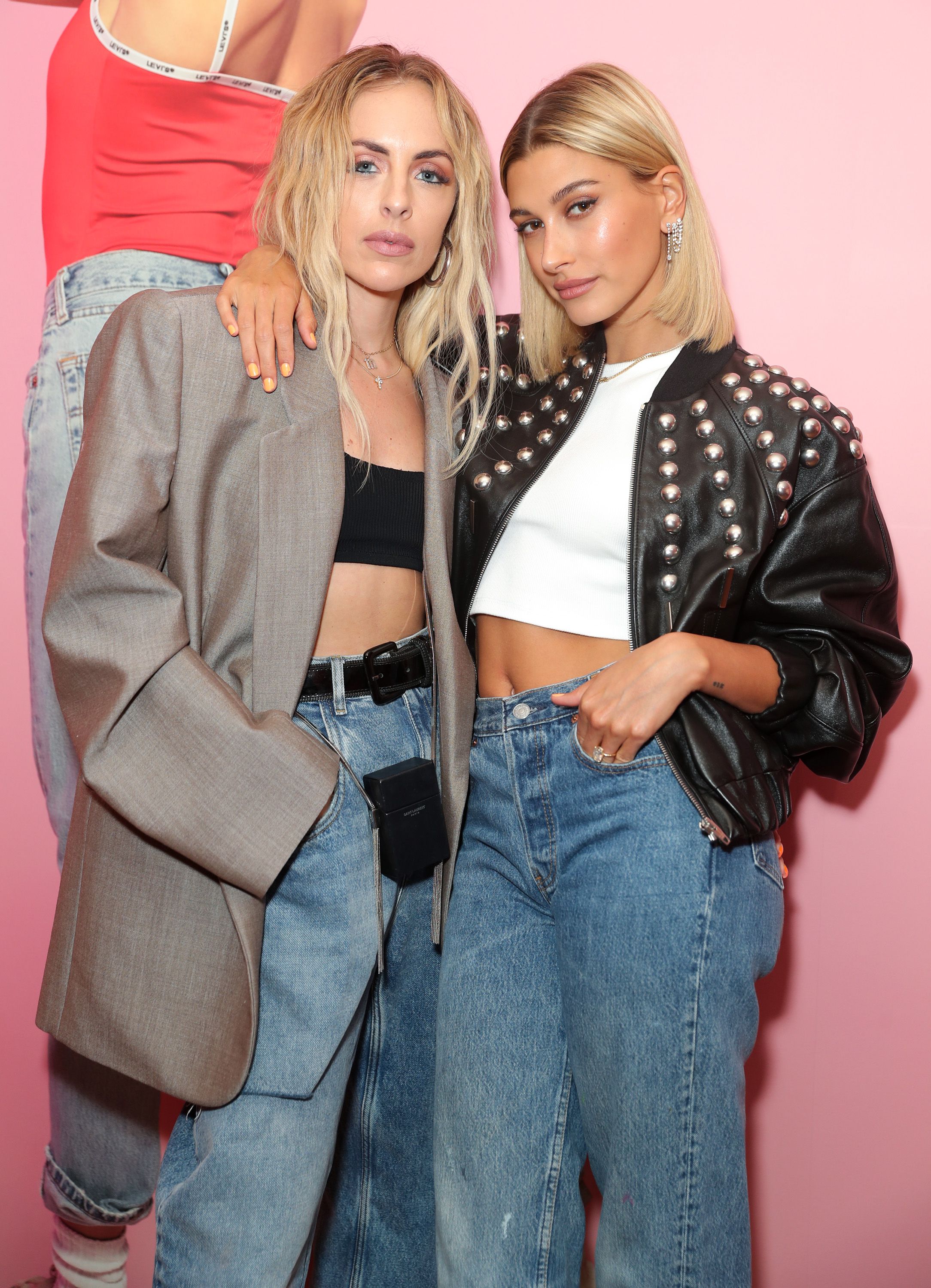 Video: From Fashion Icon to Designer: A Timeline of Rihanna’s Fashion Career Through the Years