“I have been detained twice, I have had diarrhea for about a year, and I have a very robust section of gray hairs growing on my head,” cracked Hailey Gates as she addressed a young, stylish audience at the Metrograph theater on Manhattan’s Lower East Side on Tuesday night. She was introducing her new investigative fashion docuseries, “States of Undress,” before a screening of two of the show’s episodes. Premiering today on Viceland, Vice’s new TV channel, “States of Undress” follows Gates to Pakistan, Venezuela, Russia, Palestine, China and the Democratic Republic of the Congo, where she seeks to uncover the standards of beauty, fashion and style in each of the remote areas, but in doing so also explores political and social issues of gender, identity and race.

A day after her 26th birthday, Gates arrived at the theater in a printed yellow fit-and-flare dress that hugged her petite curves. Custom-made for her by a designer in the Congo, the outfit came with a matching, handheld folding fan. “Initially I thought fashion might prove limiting in terms of subject matter, but what I found is that we were able to explore all avenues that we were interested in just through this lens,” she told WWD. Spike Jonze, Viceland’s president, turned out for the intimate affair, as did Glenn O’Brien, Lily Donaldson, Jessica Joffe, Cynthia Rowley, Bill Powers and Tom Sachs, whose film “A Space Program” is currently on view at the theater — a docudrama Gates helped write and produce.

Gates is a bit of a polymath: after graduating from New York Univesity in 2012, she worked full-time at The Paris Review, where she still serves as an advisory editor; she’s also an occasional model, actress, writer and producer. Her charisma makes her a genuine host for “States of Undress” — at once curious, funny, brave — and delightfully scrappy. Though she’s been in front of the camera plenty — starring opposite Meryl Streep in “Ricky and the Flash” last year, or in Miu Miu’s fall 2015 campaign shot by Steven Meisel — she’d never before dabbled in television journalism. “It was terrifying,” she said. “They called me in and said ‘We wanna make a show with you.’ And I said, ‘Are you crazy?’ But when I watch the [final] China episode, I see a more comfortable human.”

In the first episode, shot in Pakistan, viewers follow Gates to Karachi Fashion Week — where she stays in an upscale, bomb-proof hotel — and where the relaxed liberalism of the fashion industry seems rather removed from the religious conservatism of the region. But later, she appears visibly shaken during a conversation with Abdul Aziz, an Islamic cleric at the Red Mosque in Islamabad strongly aligned with Al Qaeda, in which the two discuss women’s dress, among other things. (The recent bombing in Lahore on Easter Sunday — in which a suicide bomber killed more than 70 people, mostly women and children, and injured hundreds more — took place in a park Gates visited during her trip.) “Vice is really serious about [safety]. We took all the right precautions,” she said. “And, I mean, safety is relative. I ride my bike around [Manhattan] with no helmet, which is dumb. But I will say that when traveling around Pakistan, I really felt the most comfortable when I was in a burqa, which I know is crazy. But it just gave me more mobility. The stares really get to you.”

Lately, Gates has been spending time in Vice’s Brooklyn, N.Y., office for the show’s final stages of editing, with the project consuming the better part of her last year. She’s also working on some secret writing and acting projects — and hopefully another season of “States of Undress.” Reflecting on the experience, she recalled a memory with a young surfer girl in Gaza, one she thinks of constantly. The sights and smells of the Mediterranean Sea reminded her of growing up in her native Los Angeles. “Going to these places, the otherness is so apparent that the familiarity is actually what strikes you,” she said. 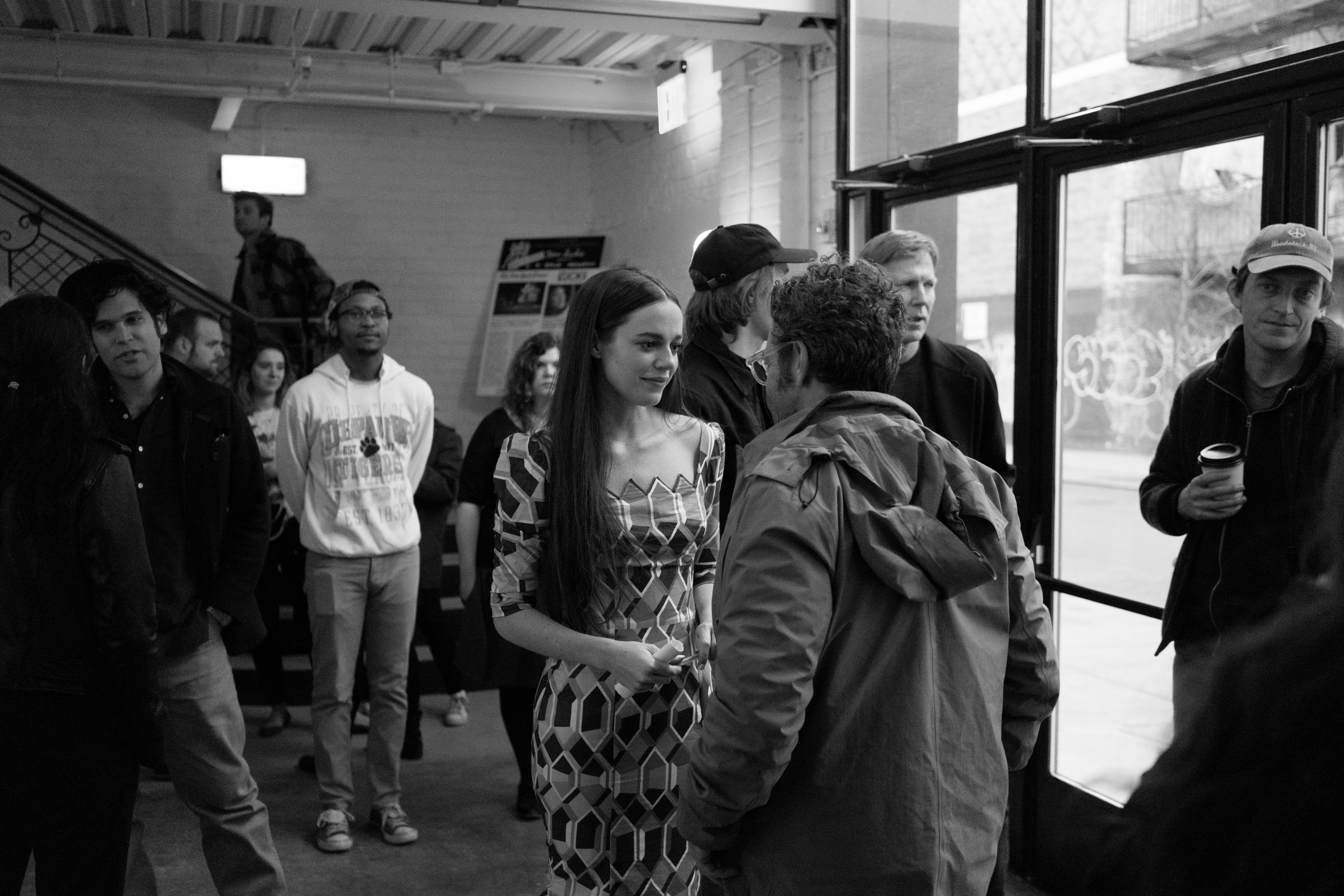 The scene at the “States of Undress” screening.